Is 15 Minutes Enough Time For Trump At Yad Vashem? 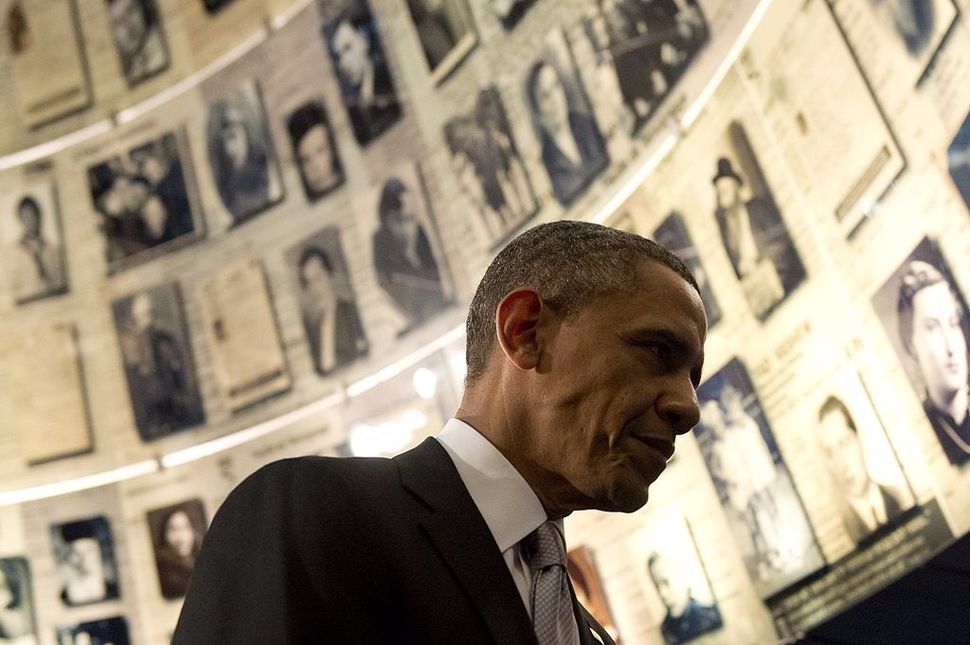 President Barack Obama tours the Hall of Names at the Yad Vashem Holocaust Museum in Jerusalem, March 22, 2013. Image by Getty

How long should it take to tour Israel’s main Holocaust museum?

If you’re the president of the United States, 15 minutes should be sufficient.

According to a report in Israel’s Ynet News, the advance team planning Trump’s visit to Israel allotted only 15 minutes for his visit to Yad Vashem.

How will the president use these precious 15 minutes? Ynet reports that he will hear an explanation and sign the museum’s guest book.

The Jerusalem Post took an uncharacteristic snarky approach and produced a video demonstrating what Trump will be able to cover in 15 minutes at the 45-acre complex. The paper quoted Israeli officials saying that an hour and a half is the “bare minimum” needed for a visit to the museum.

The White House has not yet released a detailed timetable listing the duration of Trump’s events in Israel.

Is 15 Minutes Enough Time For Trump At Yad Vashem?