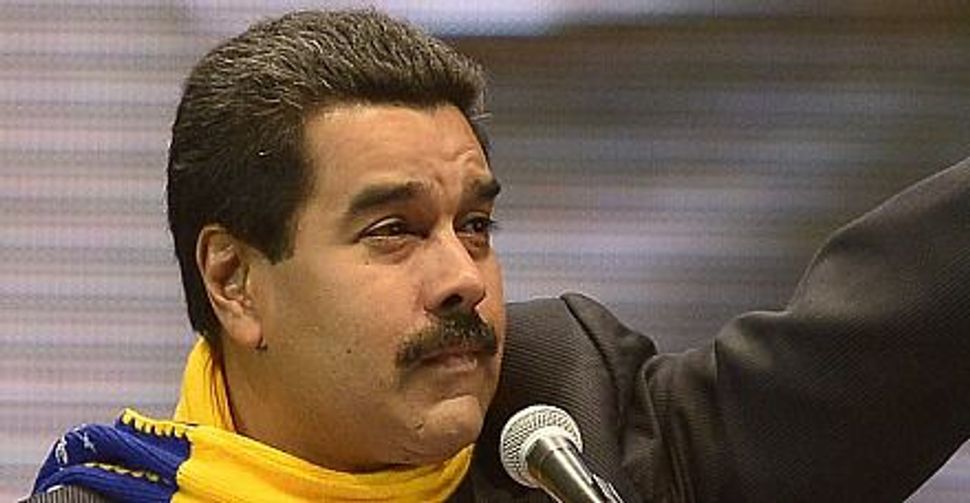 RIO DE JANEIRO (JTA) — Venezuelan President Nicolas Maduro has likened the harassment of government officials and their families living abroad to the treatment of Jews under the Nazis.

During a televised cabinet meeting late on Tuesday, the far-left South American leader also said that recent opposition rallies in Caracas were reminiscent of rallies during the rise of Nazism and fascism in pre-World War II Europe.

“We are the new Jews of the 21st century that Hitler pursued,” Maduro said. “We don’t carry the yellow Star of David, we carry red hearts that are filled with desire to fight for human dignity.”

Venezuelans living abroad, many of whom have fled the country’s economic and social chaos, have in recent weeks accosted visiting state officials and their family members.

Government opponents, accusing Maduro of becoming a dictator by postponing elections and seeking to rewrite the constitution, have staged demonstrations nearly every day since early April. More than 40 people have been killed in sometimes violent protests.

Social media has for weeks buzzed with videos of Venezuelan emigres in countries ranging from Australia to the United States shouting insults at public officials and in some cases family members in public places.