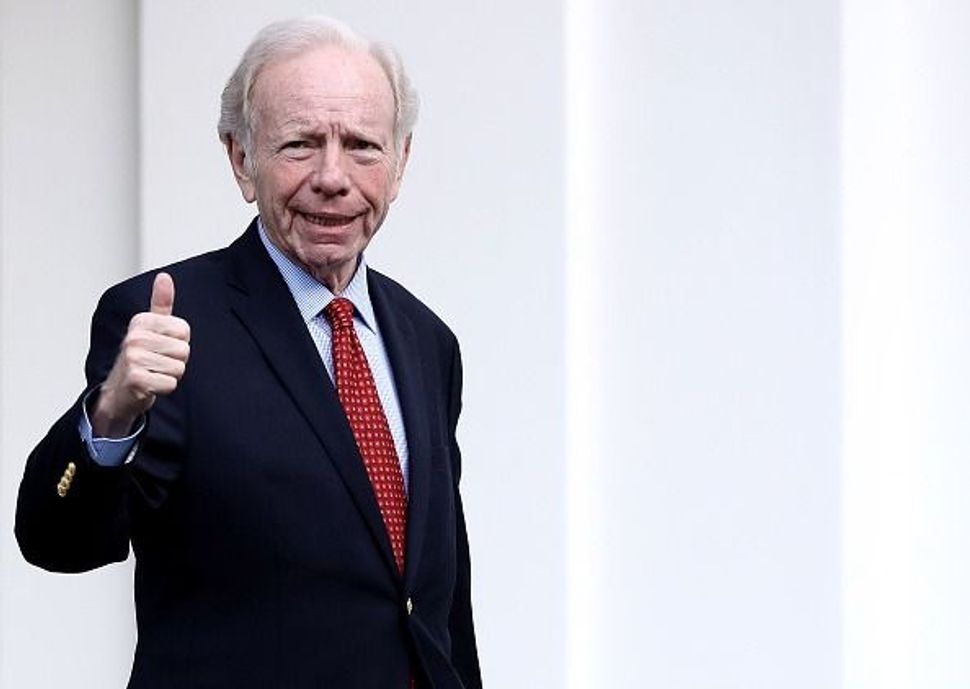 President Trump said Thursday that Joe Lieberman is his top candidate to be the next FBI director after a White House meeting between the beleaguered leader and the ex-Connecticut senator.

Speaking to reporters, the president said he was “very close” to settling on a pick and confirmed that Lieberman was at the head of the pack, which includes former Oklahoma Gov. Frank Keating and the agency’s acting director Andrew McCabe.

After Trump’s firing of ex-director James Comey, administration critics have demanded a bipartisan nominee who can be trusted to conduct an impartial inquiry into ties between Russia and the president’s campaign.

Lieberman fits the bill as a former Democratic vice-presidential nominee and independent senator from Connecticut who has cultivated ties with Republicans like Arizona Sen. John McCain.

Trump might also feel more at ease with Lieberman due to the observant Jewish politician’s ties to the president’s associates.

Lieberman works for Trump’s law firm of choice, Kasowitz, Benson, Torres and Friedman. He also appeared in front of the Senate to support the confirmation of Education Secretary Betsy DeVos and Israel ambassador David Friedman.