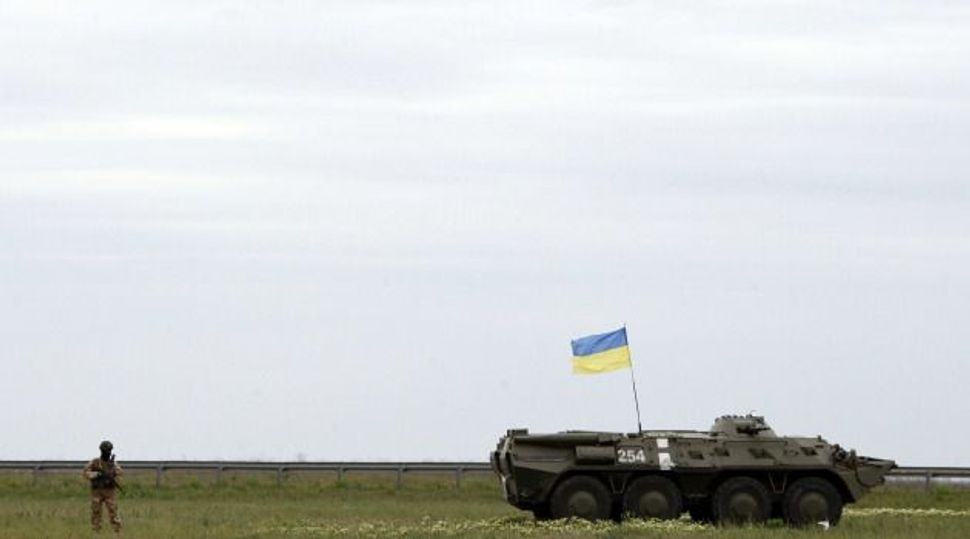 (JTA) — Two swastikas were painted on the front door of a synagogue in western Ukraine and, in a separate incident, the headstone of a prominent rabbi’s grave was smashed.

The incident involving the swastikas was discovered last week in Chernivtsi, a city located some 250 miles southwest of Kiev, according to the Euro-Asian Jewish Congress. The local community leaders reported the incident to police and removed the offensive symbols.

Last year, the words “death to the Jews” were spray-painted on the main synagogue of Chernivtsi. And earlier this month, a monument that was erected last year in memory of Holocaust victims was spray-painted with Nazi slogans and symbols.

Meanwhile, in the town of Storozhynets, which is located 12 miles southwest of Chernivtsi, the headstone was smashed last week at the resting place of Rabbi Yechiel Hager — a grandson of Menachem Mendel Hager, the 19th-century founder of the Vizhnitz Hasidic dynasty.

There are no suspects in either case.