Orthodox Union Pushes Women Clergy To Change Their Titles — But To What? 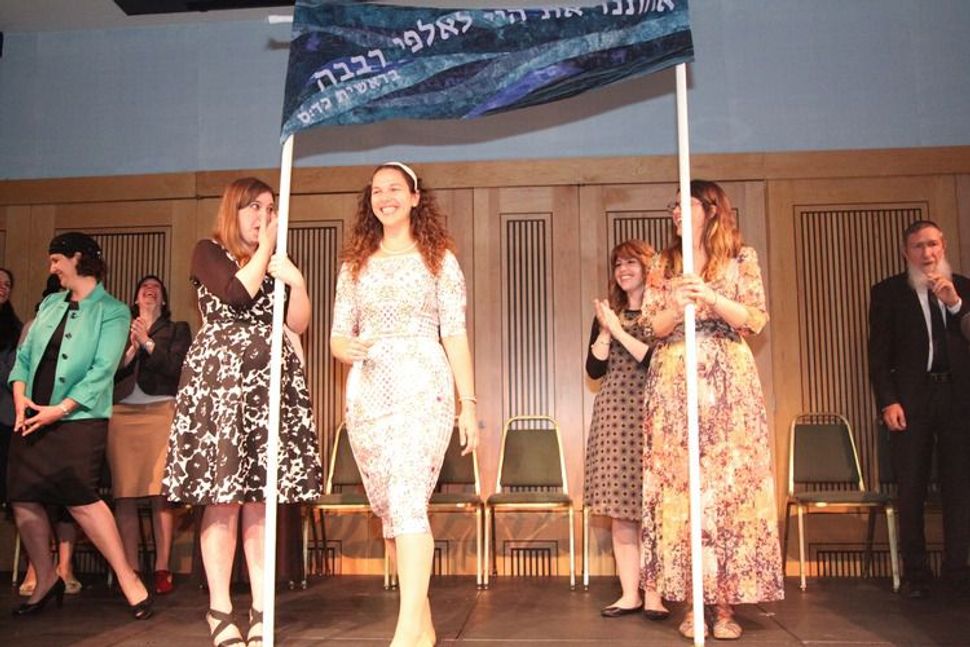 NEW YORK (JTA) — Following its rabbinic ruling prohibiting synagogues from hiring female clergy, the Orthodox Union is pressuring synagogues that have hired the women to change their titles.

In February, the Orthodox Union, an umbrella Orthodox Jewish group, issued a Jewish legal ruling by seven rabbis that bars women from serving as clergy or in a position of spiritual authority. Four O.U. synagogues currently have women serving in formal clergy functions.

Now the O.U. is sending a three-member delegation to meet with the four synagogues to discuss compliance with the ruling — including requesting that at least two of the women clergy change their titles.

The delegation has met with Ohev Shalom in Washington, D.C., which employs Ruth Friedman, who uses the title maharat; Beth Sholom in Potomac, Maryland, where Hadas Fruchter also is a maharat, and Bnai David-Judea in Los Angeles, where Alissa Thomas-Newborn uses the title rabbanit. They have yet to meet with the Hebrew Institute of Riverdale, which employs Ramie Smith, whose title is rabba.

All four are graduates of Yeshivat Maharat, a liberal Orthodox seminary here that ordains women as clergy. The maharat title, which was coined by the seminary’s founder, Rabbi Avi Weiss, is a Hebrew acronym for “Jewish legal, spiritual and Torah leader.” In practice, graduates take a range of titles, including rabba and rabbanit.

In the meeting with Ohev Shalom, the delegation spoke with Friedman about her responsibilities at the synagogue and asked her to change her title, although there was no word on what the new one might be.

Orthodox Union Pushes Women Clergy To Change Their Titles — But To What?