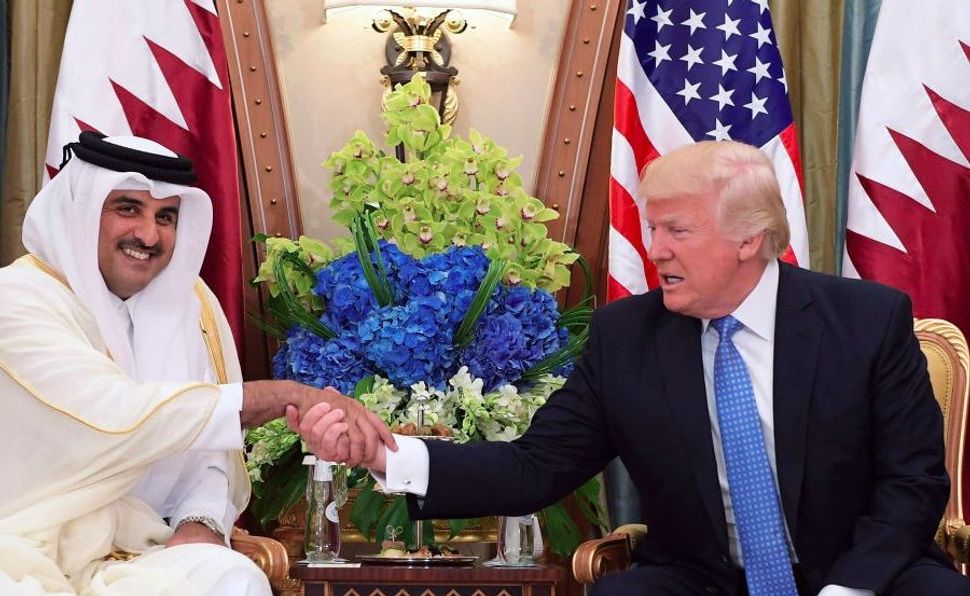 Trump said that “America is committed to adjusting our strategies to meet evolving threats and new facts.”

Trump called for tolerance and respect for all peoples.

“For many centuries the Middle East has been home to Christians, Muslims and Jews living side-by-side. We must practice tolerance and respect for each other once again—and make this region a place where every man and woman, no matter their faith or ethnicity, can enjoy a life of dignity and hope,” Trump said.

He mentioned that he would be continuing on to “Jerusalem and Bethlehem, and then to the Vatican.”

“If these three faiths can join together in cooperation, then peace in this world is possible – including peace between Israelis and Palestinians. I will be meeting with both Israeli Prime Minister Benjamin Netanyahu and Palestinian President Mahmoud Abbas,” he said.