Welcome To Israel, Donald — I Want A Selfie! 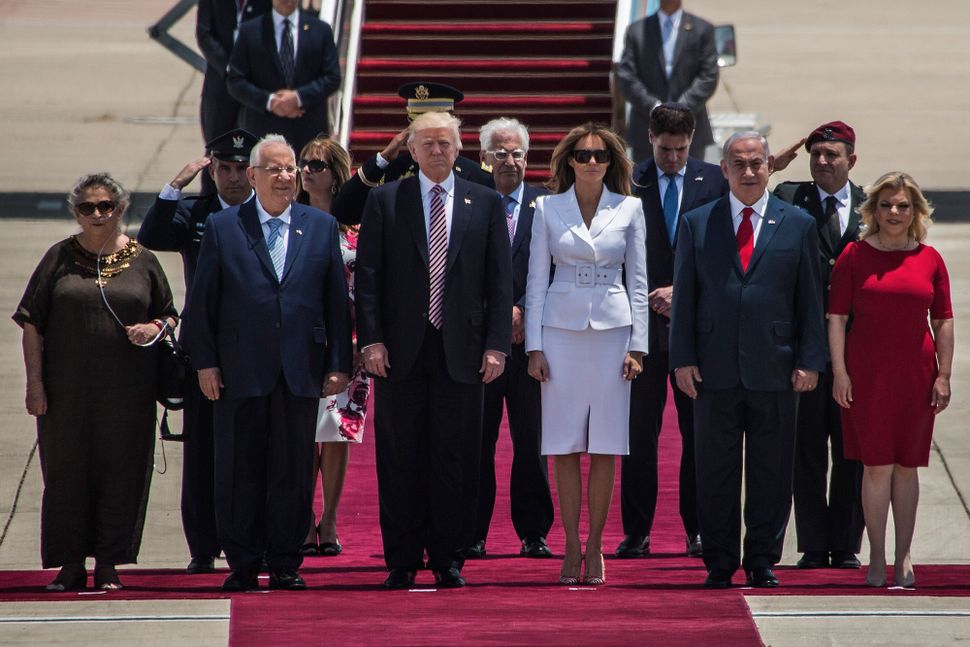 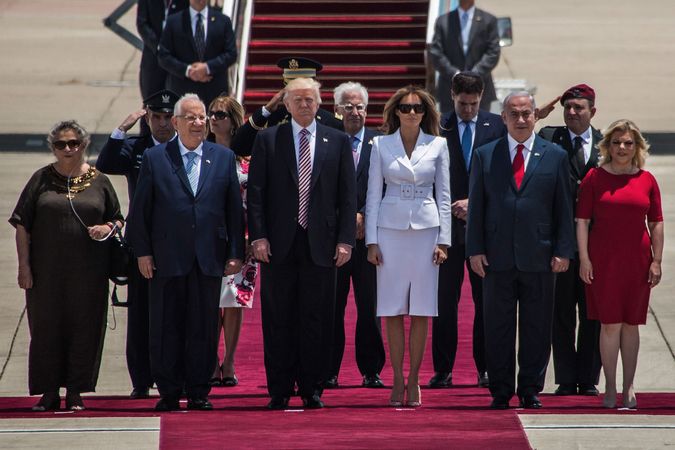 It didn’t take long for Donald Trump to grasp the difference between Saudi Arabia and Israel.

Moments after he landed, the famous Israeli informality was on full display.

First, at the receiving line of Israeli dignitaries waiting to shake hands with the visiting president. Naftali Bennett who leads the right-wing Jewish Home party, held on to Trump just long enough to tell him it is time for America to recognize Israel’s sovereignty over Jerusalem. “That’s an idea,” Trump replied. Other cabinet ministers also chose to replace the quick handshake with a lecture on Israel’s historic ties to Jerusalem

Nothing prepared Trump for Oren Hazan, a Likud MK, who stopped Trump, pulled out his phone, and shot a sefie with the president. Minutes later Hazan proudly posted the selfie online.

And then came the short stroll toward the helicopter transporting Trump to Jerusalem. In the informal chat, caught on camera Sara Netanyahu was heard discussing with Melania Trump the joint destiny the first two families share. “Most people in Israel, unlike the media, they love us,” said Sara Netanyahu, “so we tell them how brave you are and they love you.”

Welcome To Israel, Donald — I Want A Selfie!