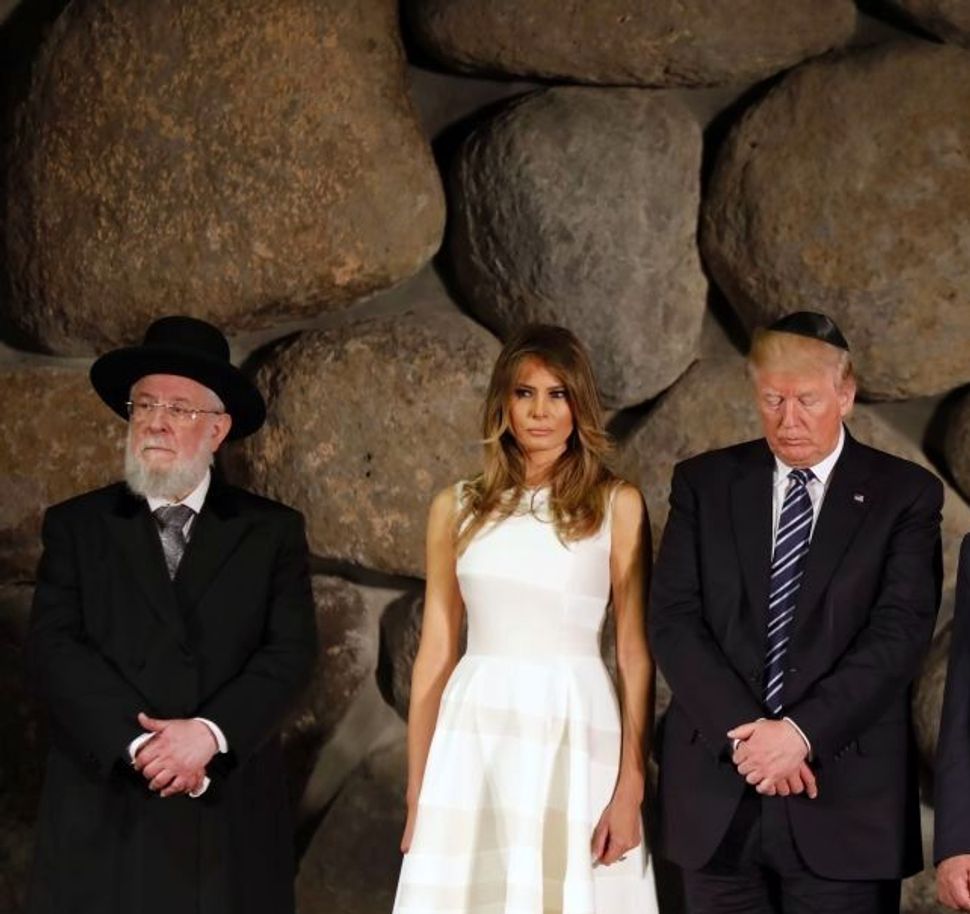 President Donald Trump paid tribute at Israel’s Yad Vashem memorial on Tuesday to the six million Jews killed in the Nazi Holocaust, calling it an indescribable act of evil.

Holding hands, the president and First Lady Melania Trump walked solemnly to lay a wreath together upon the ashes of Holocaust victims, buried at the site’s Hall of Remembrance.

“Words can never describe the bottomless depths of that evil, or the scope of the anguish and destruction. It was history’s darkest hour,” Trump said in a short speech after the memorial ceremony.

“It was the most savage crime against God and his children,” said Trump, who is visiting Israel and the Palestinian Territories on the second leg of his first foreign trip since taking office in January.

Trump’s administration has drawn anger over past omissions and utterances regarding the Holocaust.

In January, on International Holocaust Remembrance Day, a Trump administration statement failed to mention Jews, the overwhelming majority of those who were killed in the Holocaust.

In April, White House spokesman Sean Spicer triggered an uproar when he said Hitler did not sink to the level of Syrian President Bashar al-Assad by using chemical weapons on his own people.