No Taxes For You! ‘Soup Nazi’ Exec Hit With Evasion Charges. 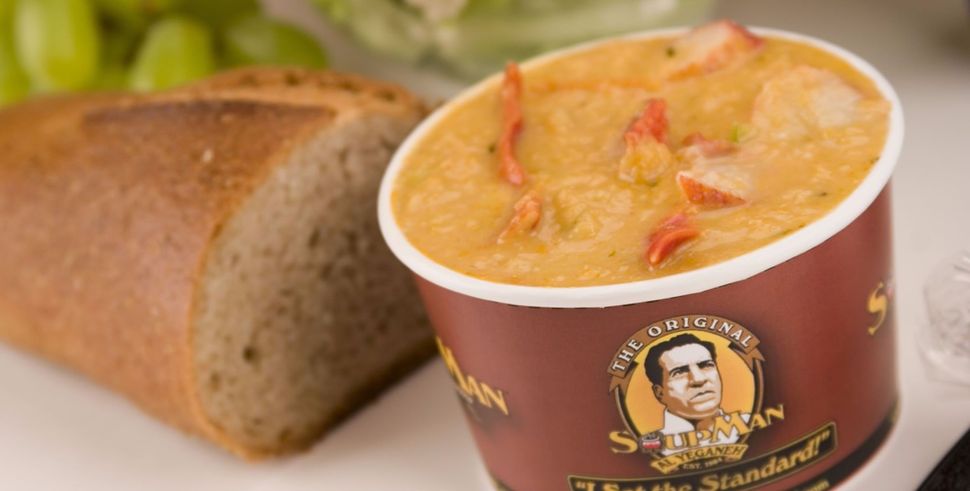 No taxes for you!

The chief financial officer of a restaurant chain named for Seinfeld’s “Soup Nazi” is facing federal tax evasion charges amid allegations that he paid the chain’s employees off the books.

Robert Bertrand was indicted in federal court in Brooklyn on 20 counts of failure to pay Medicare, Social Security, and federal income taxes. His company, Soupman, Inc., licenses the name of Al Yeganeh, the strict soup maker who inspired the recurring Seinfeld villain.

The chain’s stores are called The Original Soupman.

According to prosecutors, Bertrand’s actions cheated the government out of $590,000 in taxes.

“As alleged, the United States was fleeced out of more than half a million dollars through the defendant’s corporate misdeeds,” Acting United States Attorney Bridget M. Rohde said in a statement. “Tax crimes like those alleged in the indictment hurt every American citizen.”

No Taxes For You! ‘Soup Nazi’ Exec Hit With Evasion Charges.