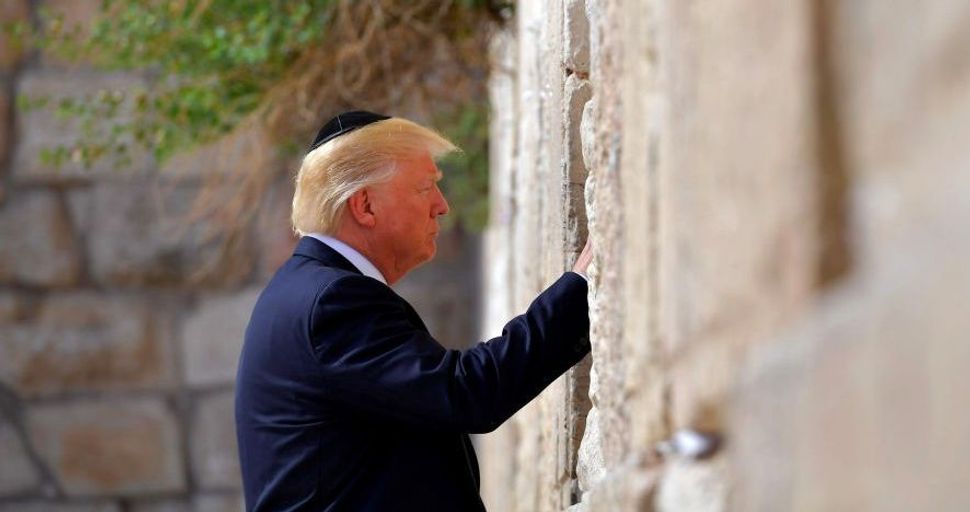 Trump or one of the people he trusts with his personal Twitter account posted the photo on Monday after Trump had prayed at the wall. The previous picture showed Trump seated in the Oval Office surrounded by staff.

Trump’s feed also included tweets reflecting his assessment that his Middle East tour this week was a success.

Israel, Saudi Arabia and the Middle East were great. Trying hard for PEACE. Doing well. Heading to Vatican & Pope, then #G7 and #NATO.

He thanked Israel’s leaders for their warm reception.

Thank you for such a wonderful and unforgettable visit, Prime Minister @Netanyahu and @PresidentRuvi.