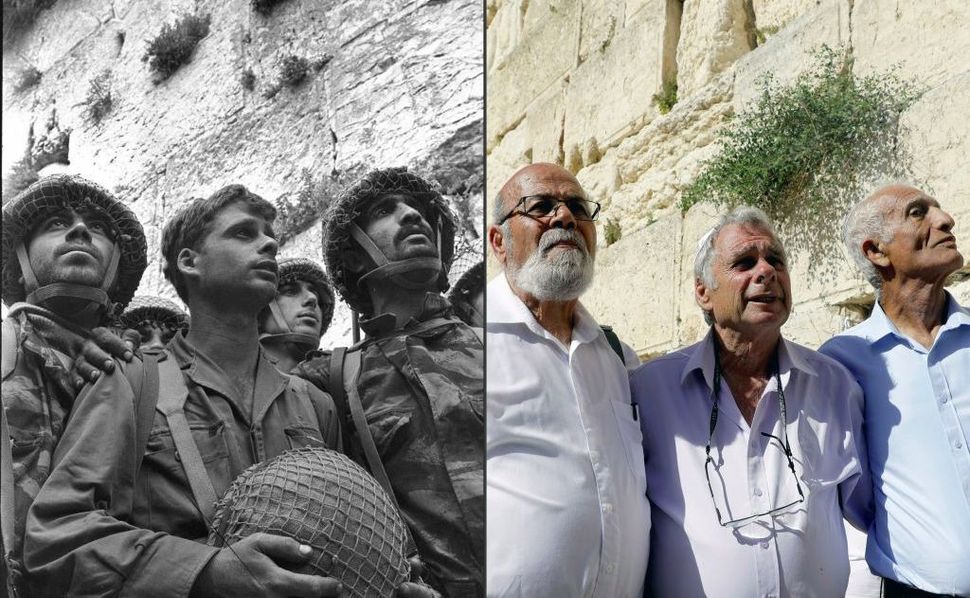 JERUSALEM (JTA) — The three Israeli paratroopers whose photograph has symbolized the Jewish return to the Western Wall were back there on Jerusalem Day at the exact hour when they captured the site 50 years ago.

Dr. Yitzhak Yifat, Tzion Karasenti and Chaim Oshri joined thousands of Jews from around the world to mark Jerusalem Day.

“Returning to the Kotel with these people was almost as exciting as my first time,” Karasenti, the first paratrooper to reach the Western Wall in 1967, said in a statement. “To see the joy in their eyes, being with the three of us on this momentous occasion made the moment even more special.”

Natan Sharansky, the chairman of the Jewish Agency and a former Soviet refusenik, recalled what the reunification of the city did for Soviet Jewry.

“When the soldiers of the Israel Defense Forces broke through the gates of Jerusalem’s Old City, they also punched a hole in the Iron Curtain, inspiring us Soviet Jews to start our struggle for freedom,” Sharansky said in a statement.

Along with celebrations, there were protests by peace activists who believe Israel should end its occupation of the West Bank and East Jerusalem.