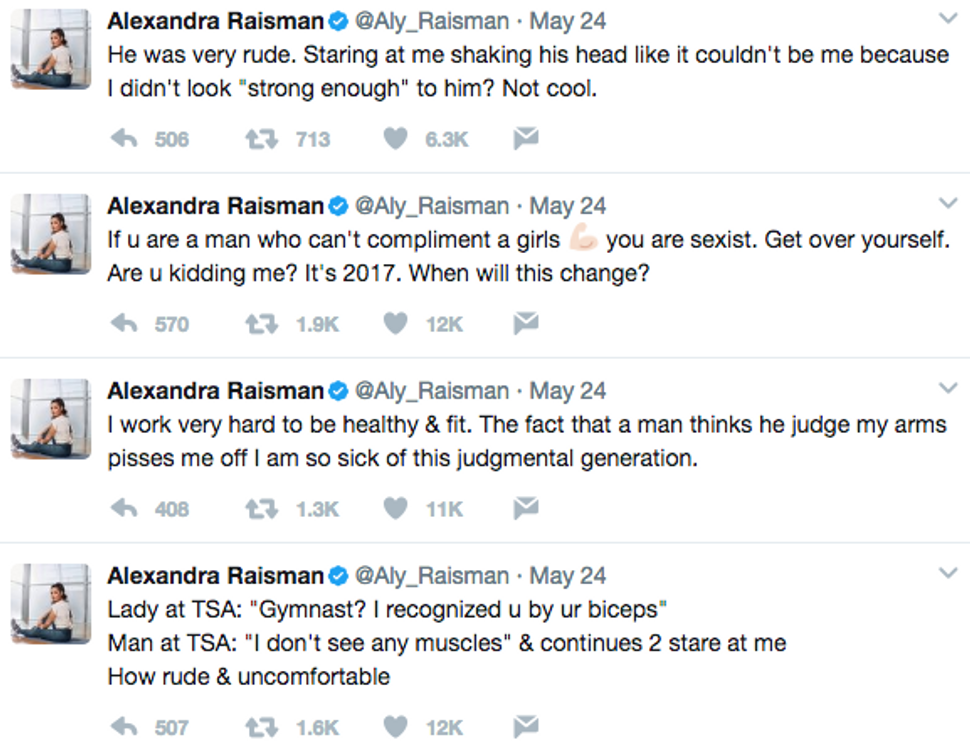 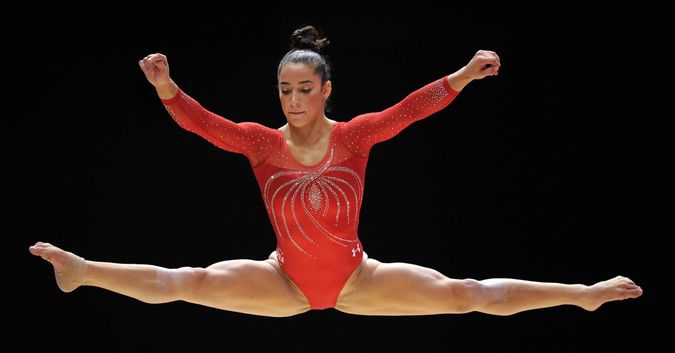 Aly Raisman was in for a rude surprise at the airport this Wednesday when a security agent told her she didn’t look strong enough to be a champion gymnast.

The three-time Olympics gold medalist is also an advocate of empowerment and body positivity for girls, so she definitely wasn’t going to take guff from the TSA worker, responding to his insults on Twitter. 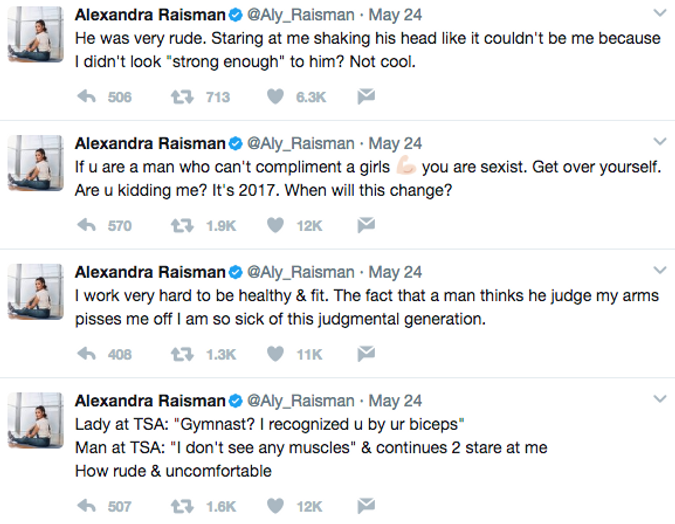 Raisman has recounted her own experiences as a girl when she was body-shamed by her classmates for being too muscular – features that were seen as peculiar on a female. She has also participated in a social media campaign known as #PerfectNever featuring pictures from women of all body types.