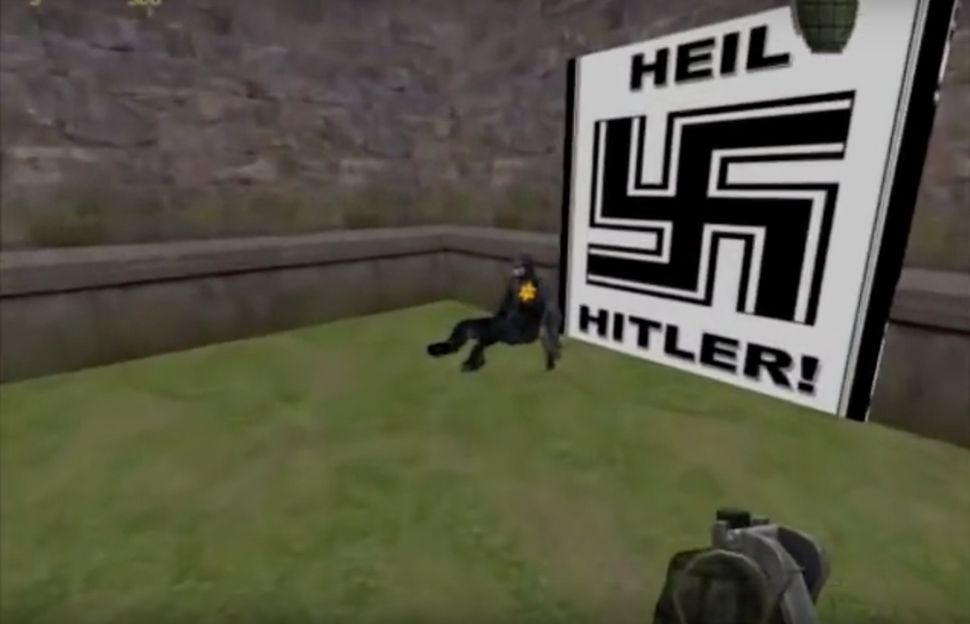 There is an entire video game subculture dedicated to neo-Nazi fantasies — including battling legions of Jews with yellow stars on their uniforms.

These are games made “by and for neo-Nazis,” Mic.com reports.

For example, there is “Zog’s Nightmare,” “one of the most violent, anti-Semitic titles ever released.”

“Zog” is an acronym for “Zionist-occupied government,” an anti-Zionist and anti-Semitic conspiracy that holds that the world is secretly run by Jews or Zionists. “Zog’s Nightmare” was released in 2006 by a former member of the American neo-Nazi National Socialist Movement.

Another white nationalist or neo-Nazi inspired title is “Ethnic Cleansing,” where gamers can play as a member of the Ku Klux Klan who “goes on a rampage.” In the game, the user battles black people who make monkey noises and Jews who call “oy vey” when killed.

These games are already about a decade old, but Mic.com reports that these older titles remain popular and show the active “intersection of gaming culture and white supremacist beliefs.”

Email Sam Kestenbaum at kestenbaum@forward.com and follow him on @skestenbaum