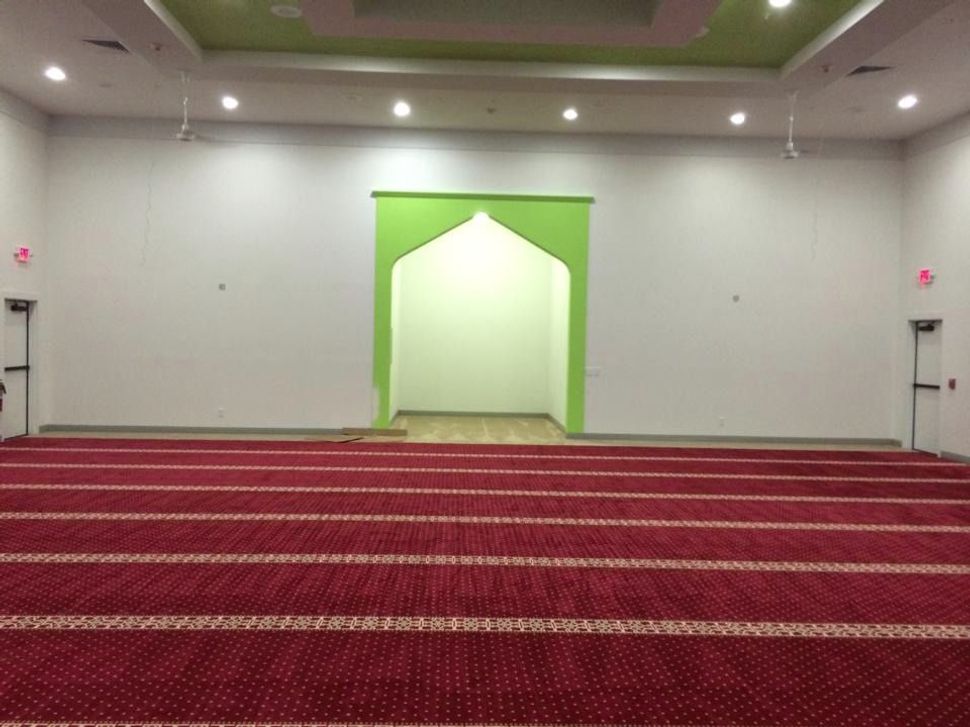 The interior of the Islamic Society of Joplin, Mo. Image by Facebook 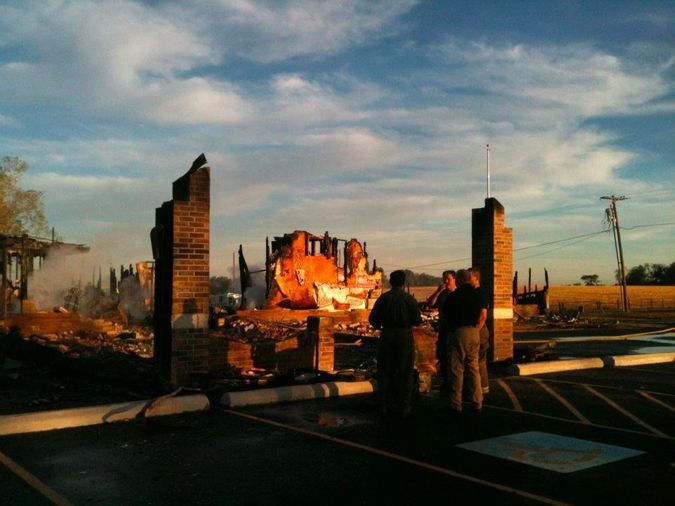 When the Islamic Society Of Joplin mosque was torched in an arson attack during Ramadan in 2012, the Missouri city’s other faith communities sprang into action — including Jews.

“I drove there and saw the destruction that had been created,” Paul Teverow, who belongs to the United Hebrew Congregation in Joplin, told Public Radio International on Monday.

“I was just horrified to think that something like this could happen here,” he added. “I wanted to make it clear, and I wasn’t alone here, that these people are part of our community. That an offense against them is an offense against all of us.”

And so members of the Joplin Interfaith Community held a Ramadan break-fast meal at a local church later that week, where the local imam led evening prayers.

Donations poured in from the community and across the country, helping the Islamic Society of Joplin build a new, bigger mosque in 2014.

“Many of our Christian friends said that when God takes something from you, he will give you a better one,” prayer leader Imam Lahmuddin said. “They believe in that. And we do, too. Now we have a mosque that’s better than the one that was burnt.”