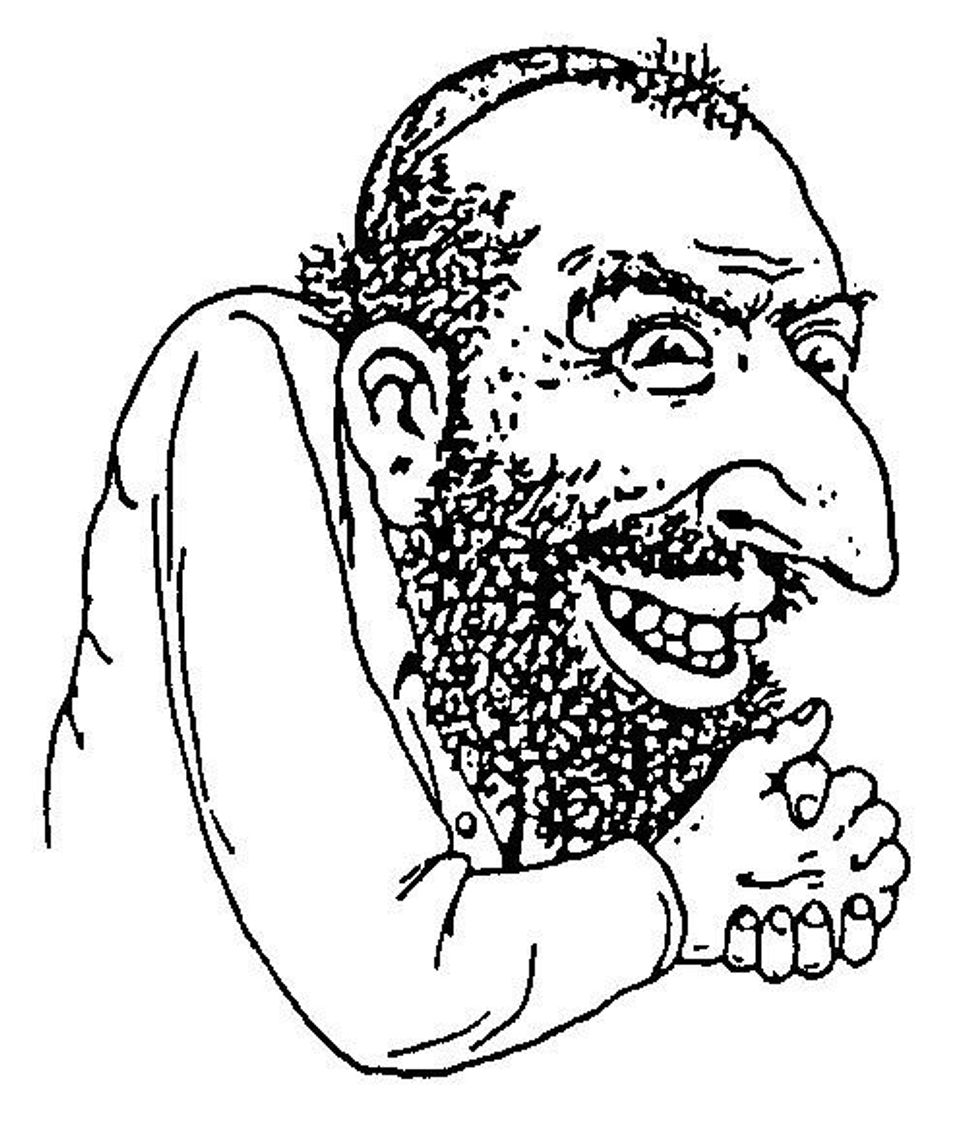 The English-language Twitter account for Al Jazeera tweeted an anti-Semitic meme on Wednesday to promote a story about climate change. 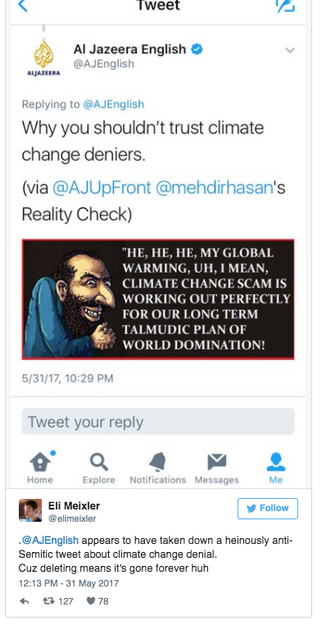 The meme is known as the “Happy Merchant,” and depicts a hook-nosed Jew in a yarmulke rubbing his hands together. BuzzFeed has called the character the “internet’s favorite anti-Semitic image.”

Al Jazeera did not respond to a request for comment.