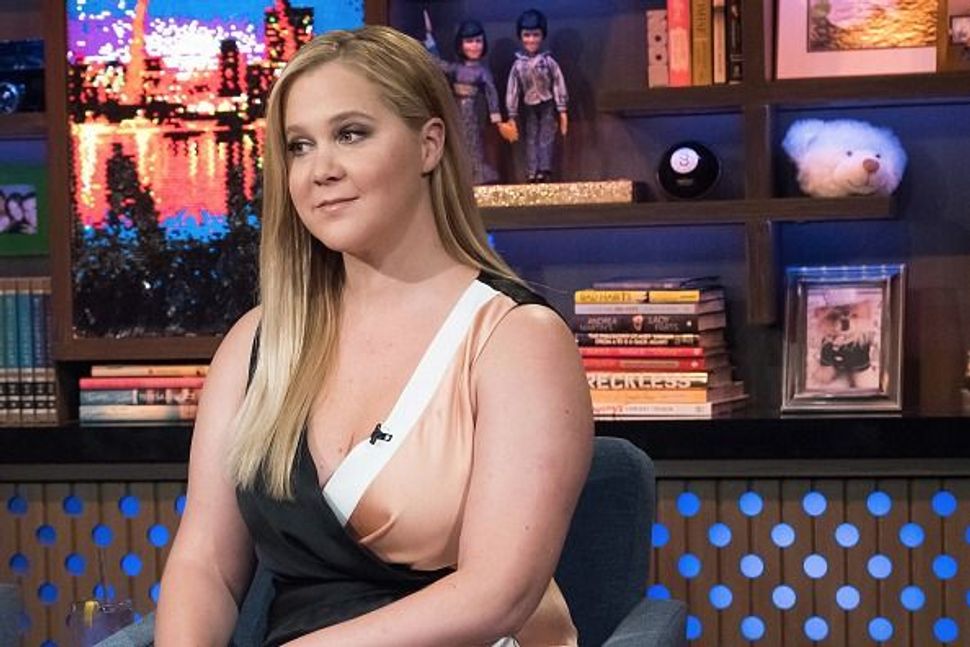 Double chai! Or as Schumer might say, double hiiiiiiigh.

The much loved-and-reviled comedian’s celebration comes just as more news is being released about Schumer’s upcoming film project, “I Feel Pretty”. The film follows an insecure woman (Schumer) who, after experiencing head trauma, believes that she is conventionally beautiful.

Hilarity and social criticism ensues, we assume. The movie will be written and directed by Abby Kohn and Marc Silverstein, and will star Michelle Williams along with Schumer.

Even before Cannes this was a major year for Schumer: she wrote a New York Times bestseller (“The Girl With the Lower Back Tattoo), completed a fourth season of her show “Inside Amy Schumer” and had it renewed for a fifth, coaxed Goldie Hawn out of retirement, filmed an upcoming war drama (“Thank You For Your Service”), premiered her first Netflix special. And if that’s still not enough for you, she is about to star on a celebrity-only episode of “Family Feud.

Happy birthday, Amy Schumer! We hope your day is nothing like this: