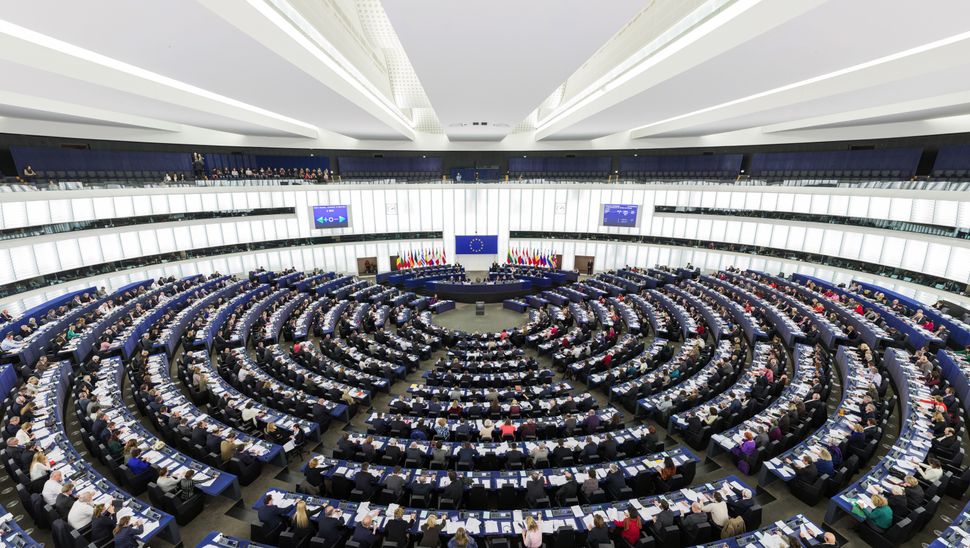 The European Parliament in Strasbourg, France. Image by Wikimedia

(JTA) — The European Parliament voted Thursday to adopt a resolution calling on member states and their institutions to apply the working definition of anti-Semitism of the International Holocaust Remembrance Alliance.

Most of the 28 European Union states participate in the International Holocaust Remembrance Alliance, though only Austria, Romania and the United Kingdom have formally adopted its definition.

The definition adopted by the IHRA in May 2016 reads: “Anti-Semitism is a certain perception of Jews, which may be expressed as hatred toward Jews. Rhetorical and physical manifestations of anti-Semitism are directed toward Jewish or non-Jewish individuals and/or their property, toward Jewish community institutions and religious facilities.”

The resolution also calls on member states to protect their Jewish citizens and Jewish institutions from hate crime and hate speech, to support law enforcement efforts to identify and prosecute anti-Semitic attacks, to appoint national coordinators on combating anti-Semitism, systematically and publicly condemn anti-Semitic statements, to promote education about the Holocaust in schools, and to review schoolbooks regarding content related to Jewish history and contemporary Jewish life.