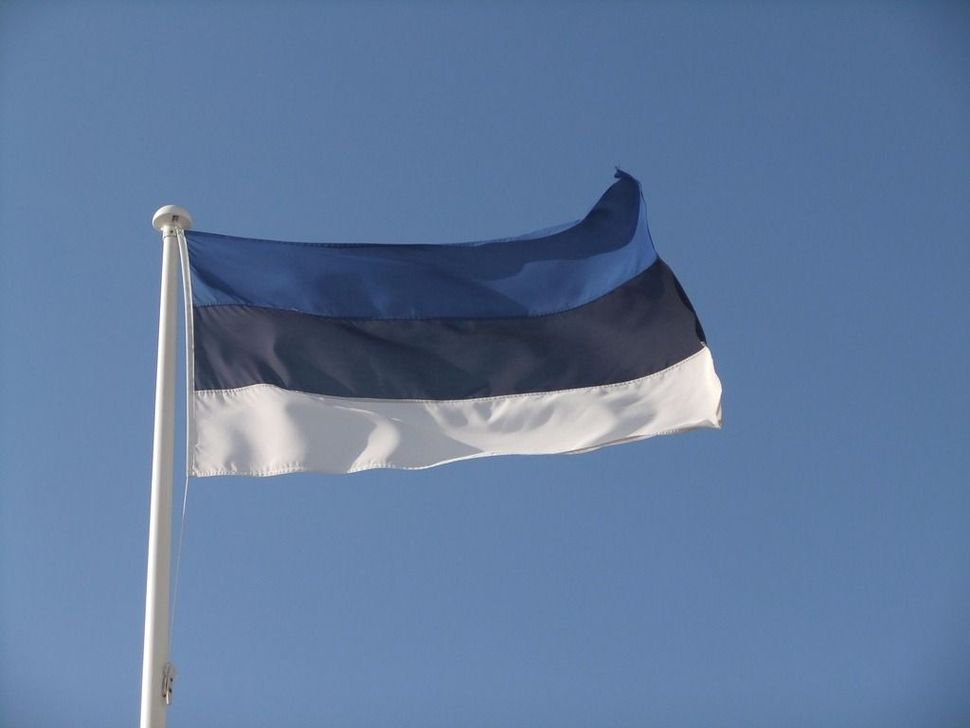 (JTA) — An Estonian nationalist politician vowed in his election campaign to decriminalize denial of the Holocaust and outlaw instead revisionism on the Soviet domination of this country.

Georg Kirsberg, who is running for a lawmaker’s seat for the Conservative People’s Party in Estonia’s elections in October, was quoted as saying this on Wednesday by the Estonian National Broadcasting Company.

“We will decriminalize Holocaust denial and enter a correct teaching of the history of the Third Reich,” Kirsberg said.

His far-right party supports deporting and revoking the citizenship of what it defines as “Russians hostile to Estonia” – a reference to Ethnic Russians or mother-tongue speakers of that language living in Estonia, including most of the country’s Jews. Last month, the party, which was founded in 2012 and currently has seven out of 101 seats in the Estonian parliament, submitted a bill proposing such deportations. It is likely to be defeated.

The party also supports a ban on the construction of new mosques and Orthodox churches.

Doing away with Estonia’s laws against denying the Holocaust is not an official party position, Martin Helme, the party’s leader, told the broadcasting authority. He added that he “sees no reason” to sanction Kirsberg over his remarks.

Estonia has a Jewish population of 2,500, according to the European Jewish Congress.