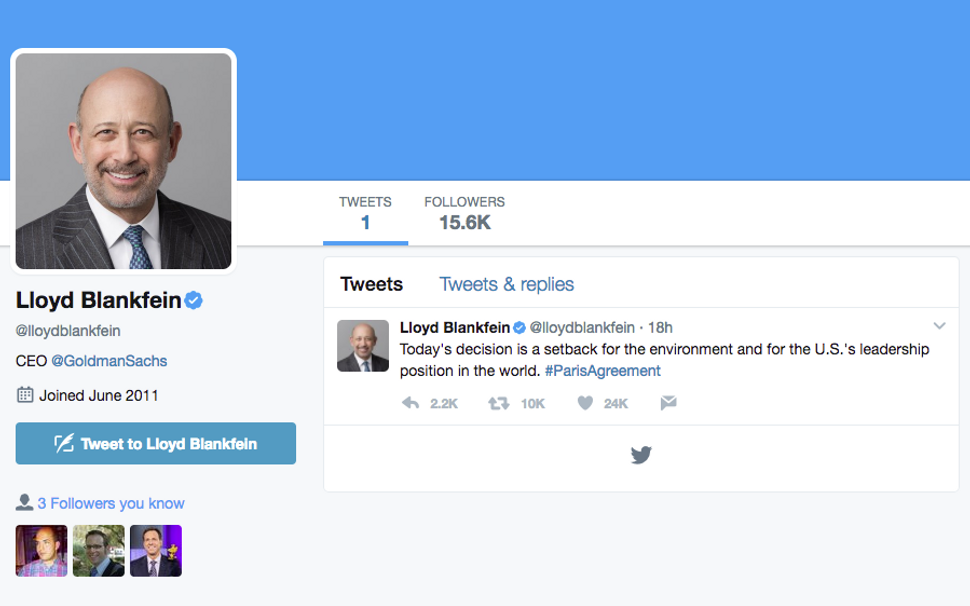 Today’s decision is a setback for the environment and for the U.S.’s leadership position in the world. #ParisAgreement

The Goldman Sachs CEO and other business leaders were quick to bemoan the president’s decision, which represents a huge step away from American commitments to fighting climate change. In the run-up to the Thursday announcement, even fossil fuel companies like Exxon Mobil urged remaining within the accord.

But no matter: Blankfein is just the sort of “globalist” elite who isn’t part of Trump’s base. He was famously attacked in a late campaign ad that had anti-Semitic undertones. But one Goldman alum is definitely happy with the decision, and indeed pushed it: chief strategist Steve Bannon.