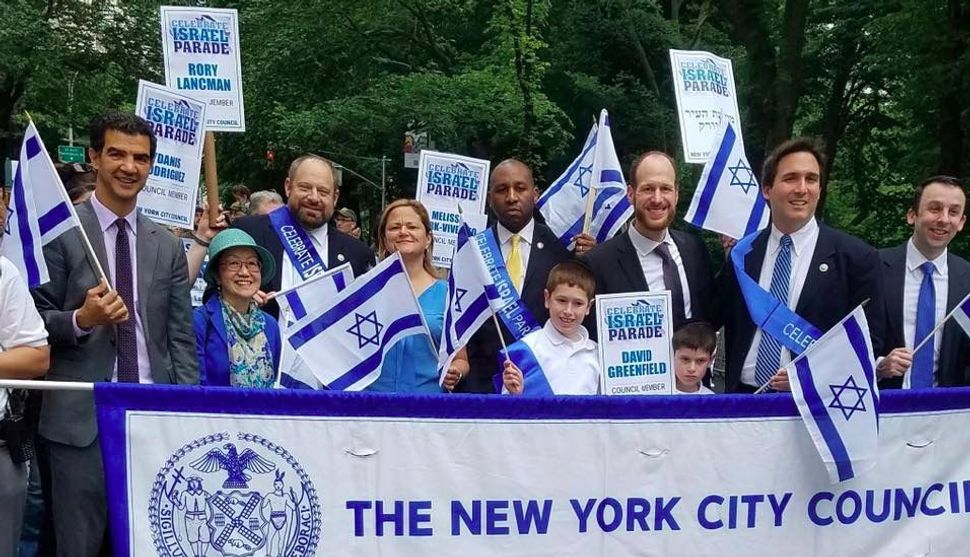 (JTA) — Tens of thousands of people lined Manhattan’s Fifth Avenue to show their support for Israel.

Nine members of Israel’s Parliament were scheduled to march in the parade, as well as Israel’s Ambassador to the United Nations Danny Danon and Jerusalem Mayor Nir Barkat.

New York Gov. Andrew Cuomo and New York City Mayor Bill De Blasio also marched in the parade. Some 30 floats and 11 marching bands were scheduled to be part of the parade. 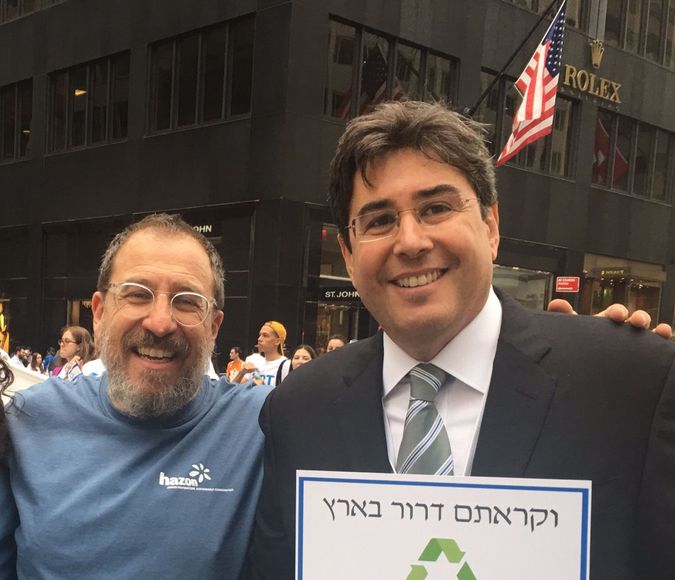 Nigel Savage, left, of Hazon, and Eric Goldstein of the UJA-Federation at the annual Celebrate Israel parade.

The parade was protested by IfNotNow, the Jewish anti-establishment group, which attempted to block the parade route carrying a sign reading “No Celebration of Occupation.” Police intervened, walking between the marchers and protesters.

The Jewish environmental group Hazon used the parade to trumpet Israel’s strong backing of the Paris Climate Accord, which President Trump recently pulled the U.S. out of.