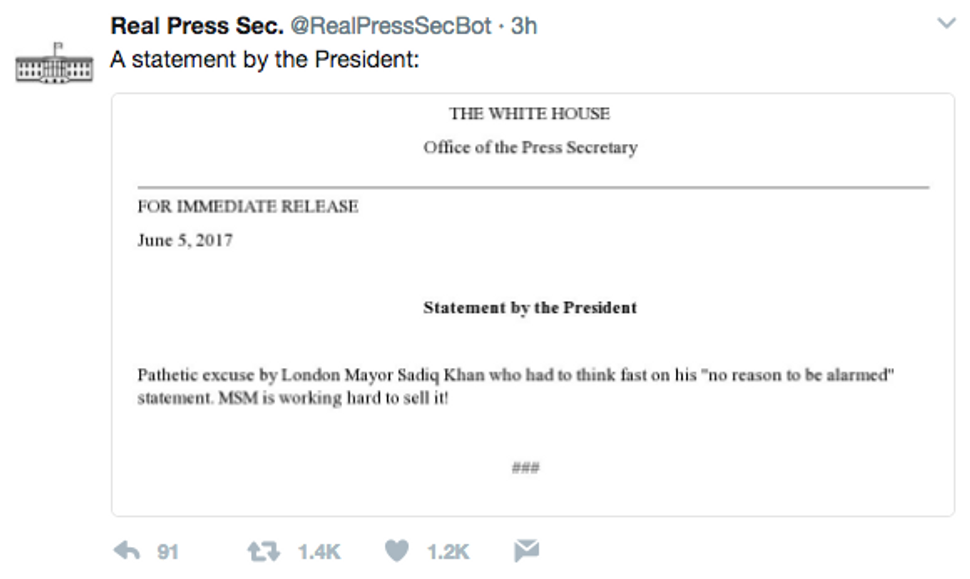 A statement by the President: pic.twitter.com/ekqD5bFRij

Start following @RealPressSecBot, who treats President Trump’s tweets as we all should: Official statements from the White House.

The account, @RealPressSecBot, is the creation of Jewish coder and educator Russel Neiss, who is on something of a roll this year. In January, his bot @stl_manifest, was a similarly viral sensation. That account tweeted the names and fates of passengers son the ill-fated 1939 voyage of the M.S. St. Louis, which American immigration officials turned back to Nazi Germany. Many of the passengers died in Nazi concentration camps.

Neiss created that account days after Trump signed the first version of the travel ban restricting immigration and visitors from certain Muslim countries.