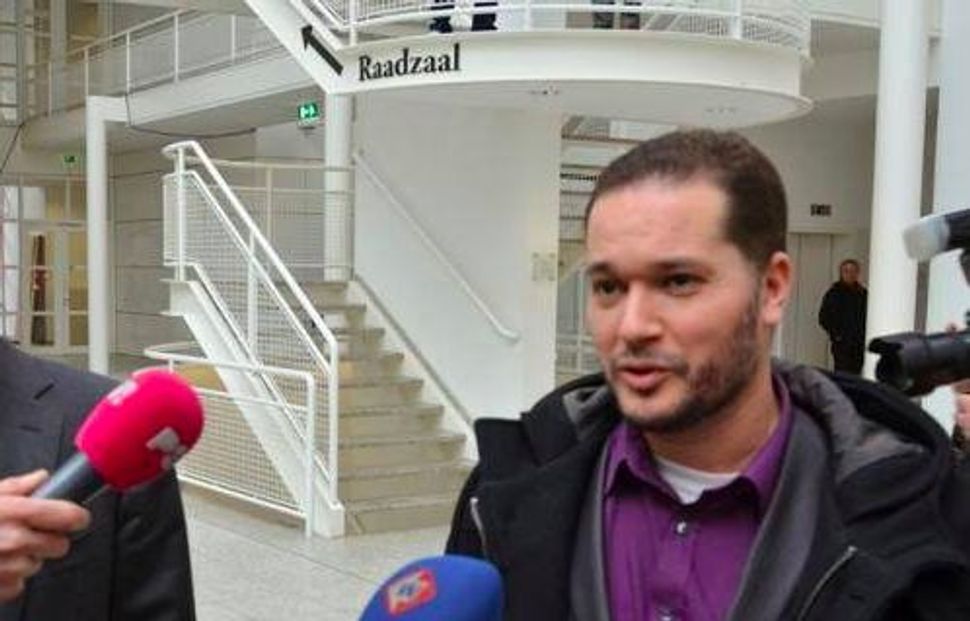 AMSTERDAM (JTA) — A Dutch local politician from The Hague is accused of making misogynistic threats at a woman who criticized his anti-Israel vitriol.

The abuse by Abdoe Khoulani of The Hague was recorded by Anneke Brons, whom he called from his cellular phone.

In a series of voice messages, Khoulani, who represents the Islamist Party of Unity on the city council of The Hague, went on to say: “And you know what you should do, Anneke? You should leave the Netherlands immediately and go live in an Israeli colony. Happily steal Palestinian land and see Palestinian children being shot dead. That’s what you should do. You belong there. With the Zionist scum.”

Brons, who in social media has defended Israel’s right to defend itself, had criticized Khoulani’s remark on Facebook last week about Israeli high school children who visited the Hague and posed for a picture with local members of the Reformed Political Party.