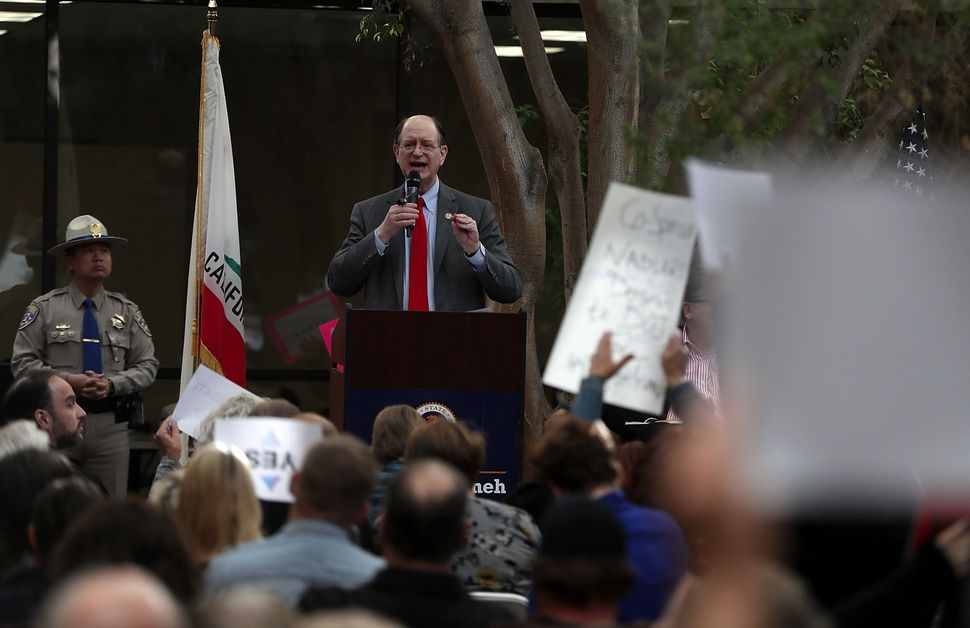 Rep. Brad Sherman (D-Calif.) will be appearing on an episode of the reality television show “Born This Way,” airing tonight at 10 PM ET/9c on A&E Network.

“Born This Way” is a reality television show that showcases the lives of several young adults with Downs Syndrome and other disabilities. Sherman, a 10-term-Congressman with a history of disability activism, co-hosted a major event with the show’s executive producer, Jonathan Murray.

The event, “Ending Stigmas & Bigotry: Expanding Employment for People with Disabilities,” was put on by Sherman and RespectAbility, a nonprofit founded by three Jewish philanthropists that seeks to ensure access and respect for Jews with disabilities. The event aimed to bring awareness to the employment opportunities – and the higher rate of unemployment – for people with disabilities.

The full cast of “Born This Way” was in attendance and will be featured alongside Rep. Sherman on tonight’s episode.