This Sandy Koufax Rookie Jersey Could Sell For $500K 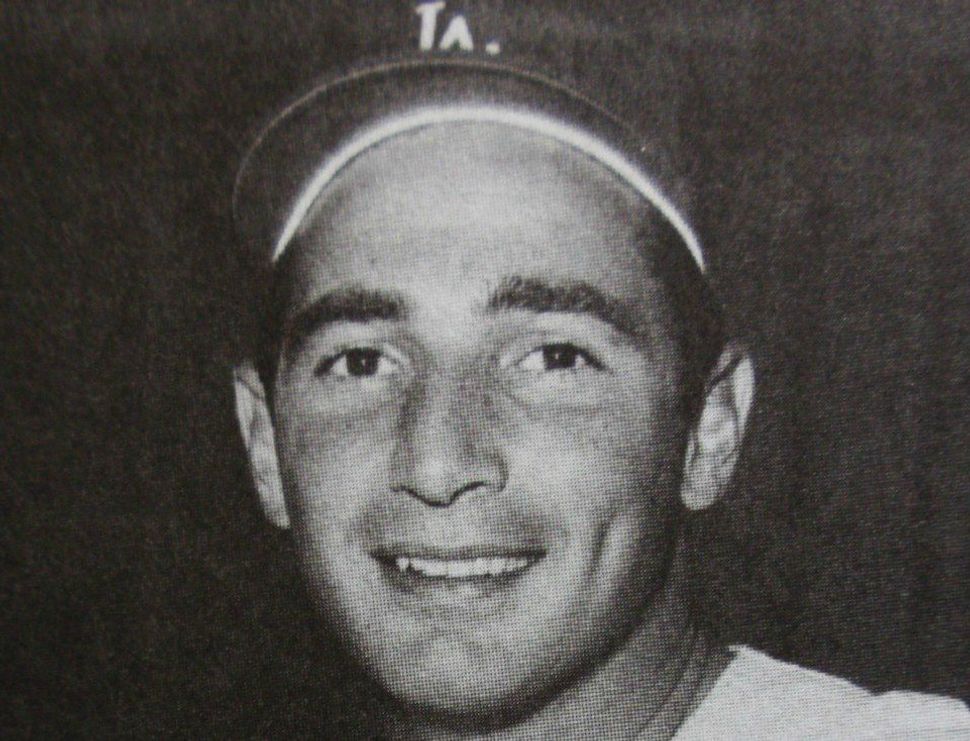 (JTA) — If you want to buy this Sandy Koufax jersey, you might need the salary of a major league baseball player.

Lelands.com is auctioning a Sandy Koufax rookie jersey from 1955. As of Tuesday morning, the current bid is close to $200,000, but the auction site estimates that it could sell for as much as $500,000. The auction, which started last month, ends June 30.

According to the site, the jersey is in great condition, its only noticeable blemishes a few moth holes on the back of the collar and under the Koufax name, which is stitched on the bottom right corner of the jersey’s front. A Dodgers minor league player acquired it directly from Koufax in 1957.

Though he was only 19 in 1955, Koufax helped lead the Brooklyn Dodgers to their first-ever World Series, earning a 2-2 record with a very respectable 3.02 earned run average. From there, of course, the Jewish southpaw would go on to become one of the best pitchers of all time.

The Lelands auction also includes a baseball that may have been used in a 1963 World Series game in which Koufax beat the New York Yankees and recorded 15 strikeouts.

This Sandy Koufax Rookie Jersey Could Sell For $500K