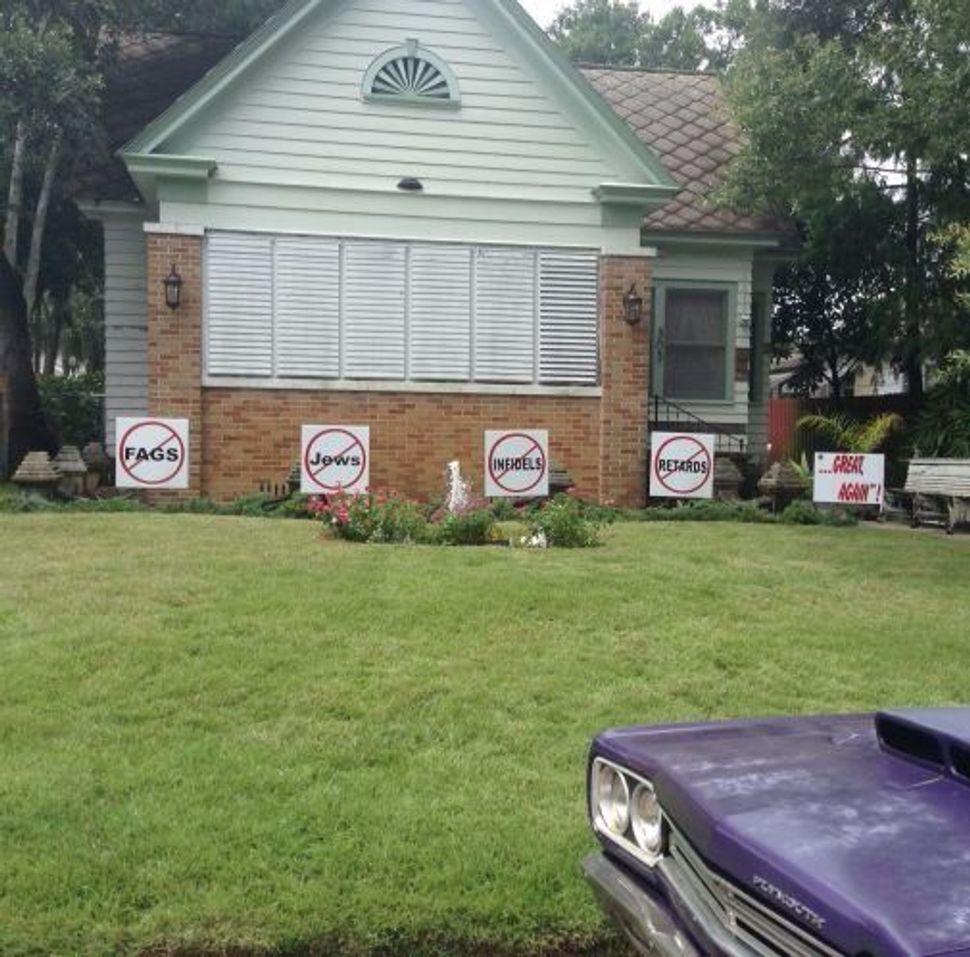 (JTA) — Several hate signs targeting Jews and others were posted in front of a home in St. Petersburg, Florida.

The signs were stolen on Sunday evening, angering the homeowner, Roland Price, who said his First Amendment rights were violated, the local NBC affiliate WFLA reported. Neighbors told the station that other neighbors took them.

Price has been posting inflammatory signs in front of his home for years, neighbors told the Tampa Bay Times.

St. Petersburg police said the lawn signs do not break any laws and do not pose any direct threat, the local ABC affiliate reported.