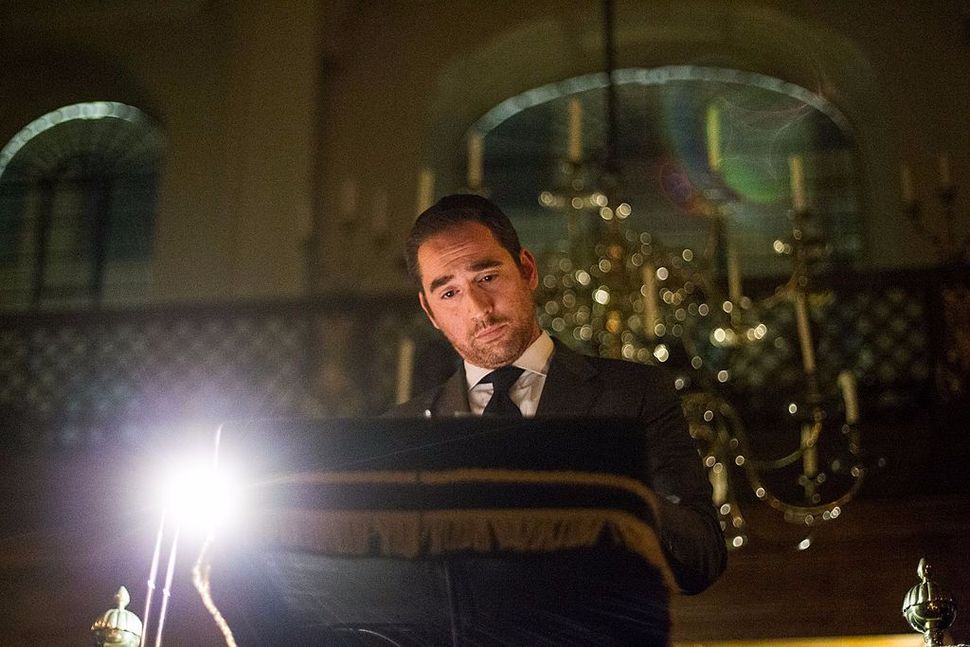 Rabbi Joseph Dweck, the chief Sephardic rabbi of the United Kingdom, speaks at a World War I remembrance ceremony. Image by Getty Images

(JTA) — The United Kingdom’s top Sephardic rabbi became the center of an international controversy after he praised societal acceptance of homosexuality as a “fantastic development.”

Rabbi Joseph Dweck came under fire after making the comment at a lecture last month. An Orthodox rabbi in London asked a rabbinic court to look into removing Dweck from his position, and a petition created by an American Orthodox rabbi calling Dweck a “heretic” had gained some 480 signatures, The Jewish News reported.

“I am amazed and angry at the words of nonsense and heresy that were said about the foundations of our faith in our Torah,” the letter said.

Dweck has refused to back down, although he acknowledged that his use of the word “fantastic” was “exaggerated,” The Jewish News reported.

“I did not say that homosexual acts were fantastic. I said that the development in society had residual benefits much in the same way that Islam and Christianity did, as the Rambam pointed out,” he said.

“These residual effects in my opinion are that it has helped society be more open to the expression of love between men,” he added. “I was not asserting law, nor for that matter, demanding a particular way of thought. I was simply presenting a personal observation.”