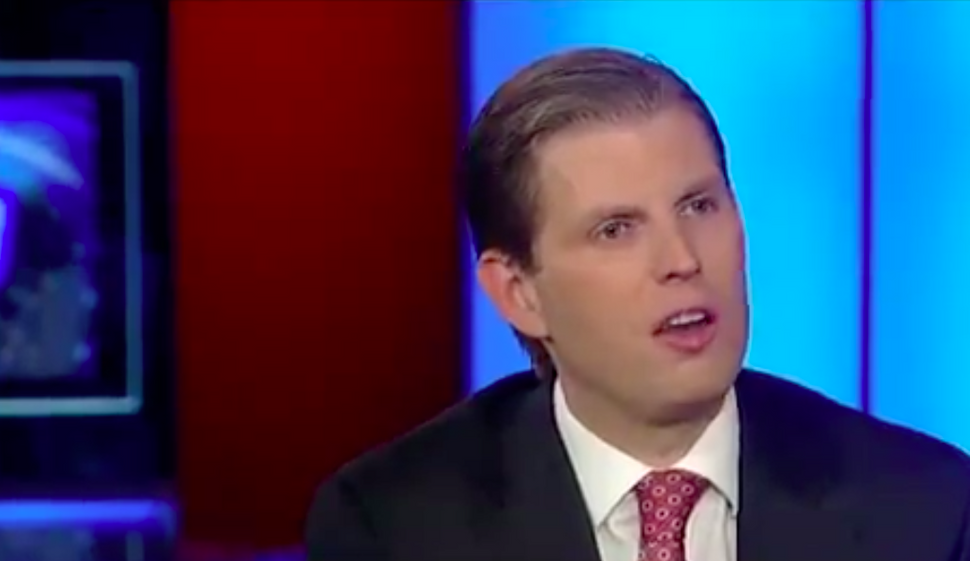 Eric Trump lashed out his father’s opponents “not even people” in what some called a frightening echo of the Nazi effort to dehumanize Jews and other enemies.

President Trump’s son, who helps run his real estate empire, made the remarks on Fox News, in which he also bemoaned the lack of “morality” among Democrats.

Your father’s approval rating is 38% @EricTrump. That means the majority of Americans are “not even people”?!? https://t.co/jET9S81dpE

“I’ve never seen hatred like this,” he said on Fox News’s “Hannity” Tuesday night. “To me, they’re not even people. It’s so, so sad. Morality’s just gone, morals have flown out the window and we deserve so much better than this as a country.”

Eric Trump calling 65 million democrats not human isn’t news, him funneling money raised for a charity for kids w/ cancer into his pocket is

Historians say the Nazi party’s efforts to brand Jews as inhuman helped lay the groundwork for the Holocaust.

WHAT IS WRONG WOTH YOU???? this is, word for word, what Nazis said about Jews in the lead up to the Holocaust. Please apologize @EricTrump https://t.co/YB3wwG5SLY