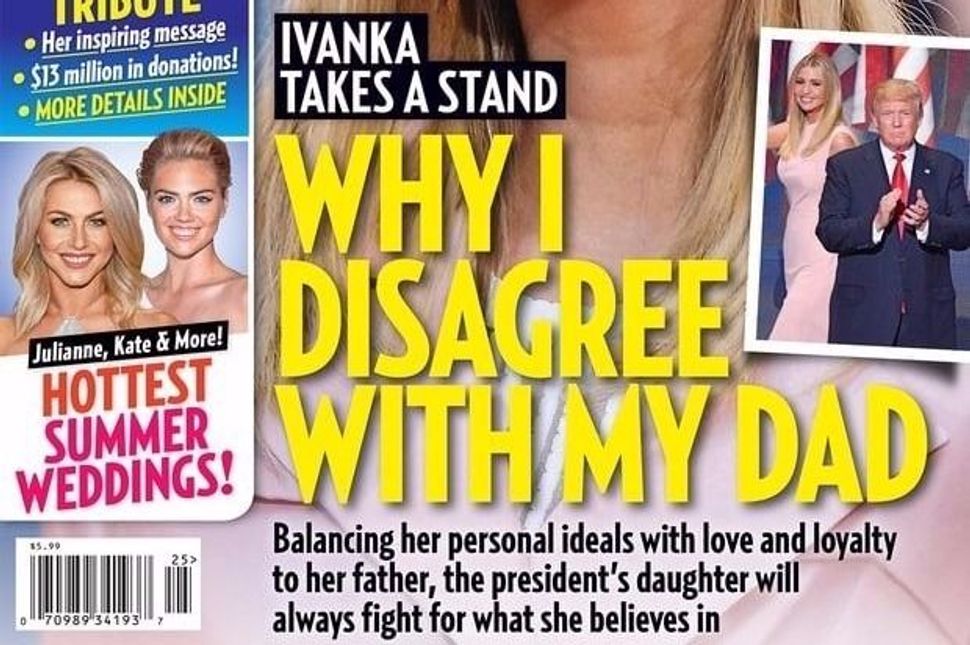 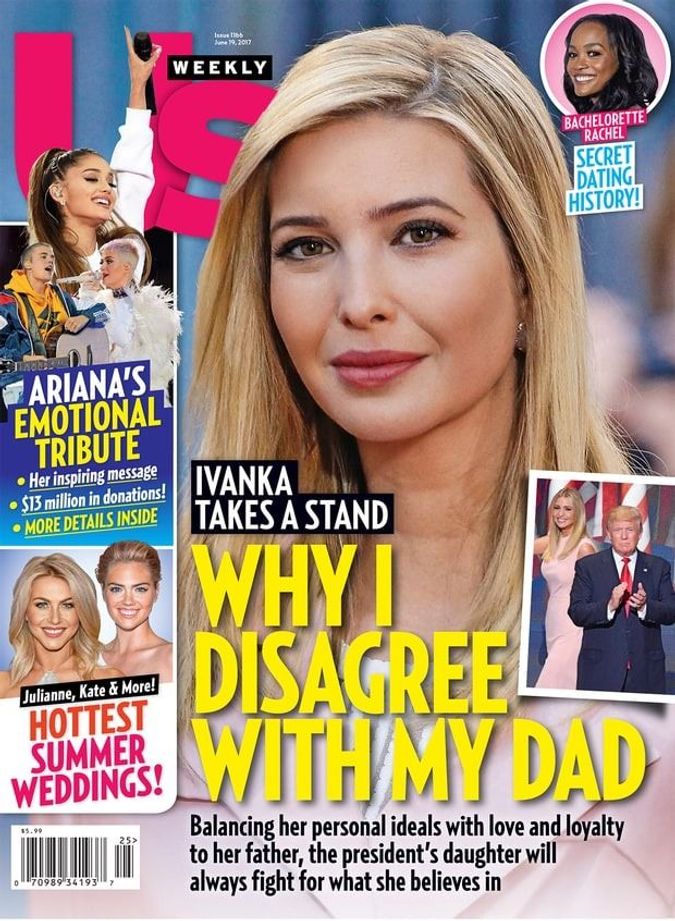 Image by US Weekly

The latest effort to distance Manhattan socialite Ivanka Trump from the policies of her father, President Donald Trump, showed up this morning on the cover of the latest issue of US Weekly.

US Weekly did not publish the cover story in full online, and Trump herself is not quoted in the selection it did put on the web. The cover story comes weeks after US Weekly’s purchase by the parent company of the Trump-friendly National Enquirer.

The selection of the Ivanka piece posted on the web points to previously-reported disagreements between the president and the first daughter over NAFTA and the Paris climate change agreement.

“Sometimes she and Jared are a big influence on Donald and sometimes he takes other opinions into account and does something they disagree with,” an unnamed “Ivanka insider” told the magazine. “They win some and they lose some.”