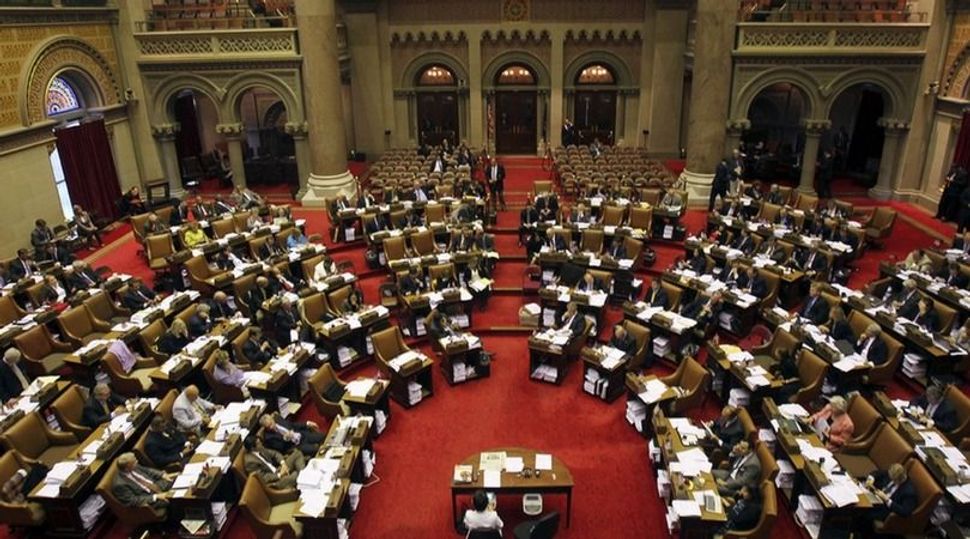 It was the first time either chamber of the Legislature has approved that bill since 2008, the Times Union reported — though the legislation’s chances of passing in the state Senate are uncertain.

Under current law, the statute of limitations for felony sexual abuse crimes runs five years and begins at age 18.

But under this legislation, the five-year statute wouldn’t begin until the victim is 23, according to the Times Union, and the statute of limitations (for civil cases) would extend to age 50. The legislation would also create a one-year window for past victims of sexual abuse whose time period to bring a lawsuit has passed to file a civil lawsuit.

In past years, Agudath Israel of America, an ultra-Orthodox umbrella organization, and the Roman Catholic Church have successfully lobbied against the act.

It has been championed by grassroots Jewish groups of abuse survivors and their supporters.