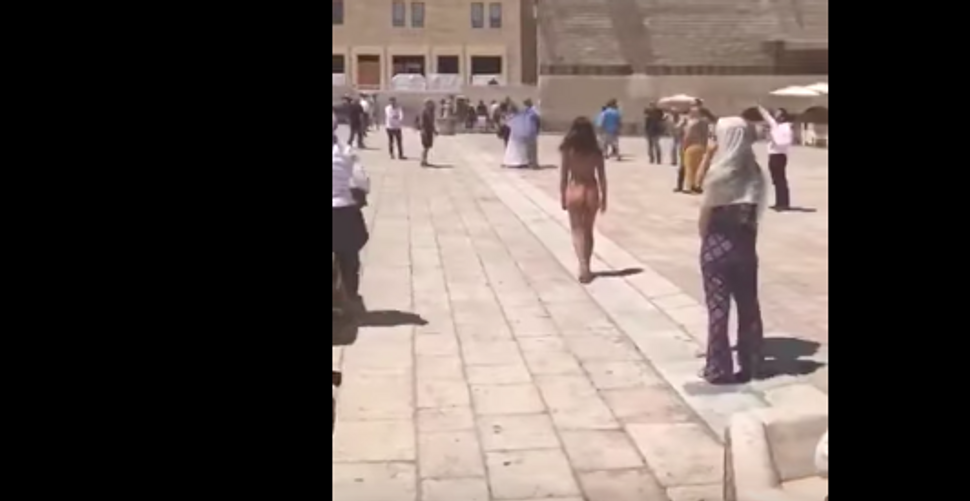 JERUSALEM (JTA) — An Israeli woman was detained by police after streaking naked through the Western Wall Plaza.

The woman removed her clothes on the women’s side of the Plaza on Sunday afternoon and then calmly started walking toward the men’s section.

One person approached the woman and tried to cover her up with a shawl as she deliberately strode across the holy site.

Security personnel at the Western Wall covered up the woman and then transferred her to police custody.

The woman was not named and her motives were not clear, Israel’s Channel 2 reported.

The woman, 23, from the Jerusalem area, reportedly is mentally ill and was transferred to her parents’ custody, according to Channel 2.