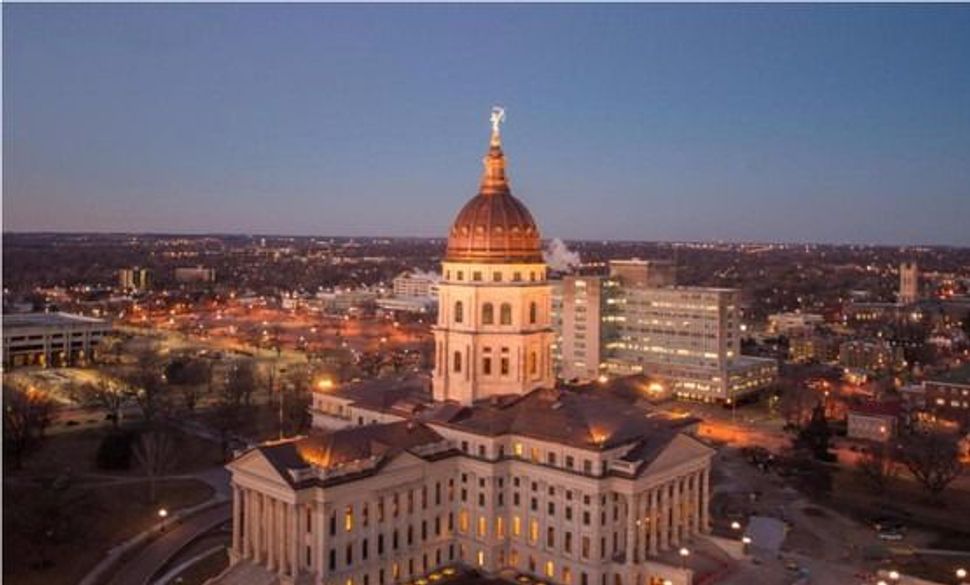 (JTA) — Both houses of the Kansas State Legislature have passed a bill that would bar the state from doing business with companies that boycott Israel.

The bill still must be signed by state Gov. Sam Brownback, who is expected to do so,  the Lawrence Journal World reported.

An amendment to the bill allows the state’s secretary of administration to waive the boycott law if the secretary “determines that compliance is not practicable or in the best interest of the state.”

The bill says the anti-BDS, or Boycott, Divestment and Sanctions, legislation applies to Israel and “territories under its jurisdiction,” which means the West Bank and eastern Jerusalem.

In May, the Kansas branch of the American Civil Liberties Union sent a letter to lawmakers, saying the bill was an unconstitutional infringement on the right of free speech.