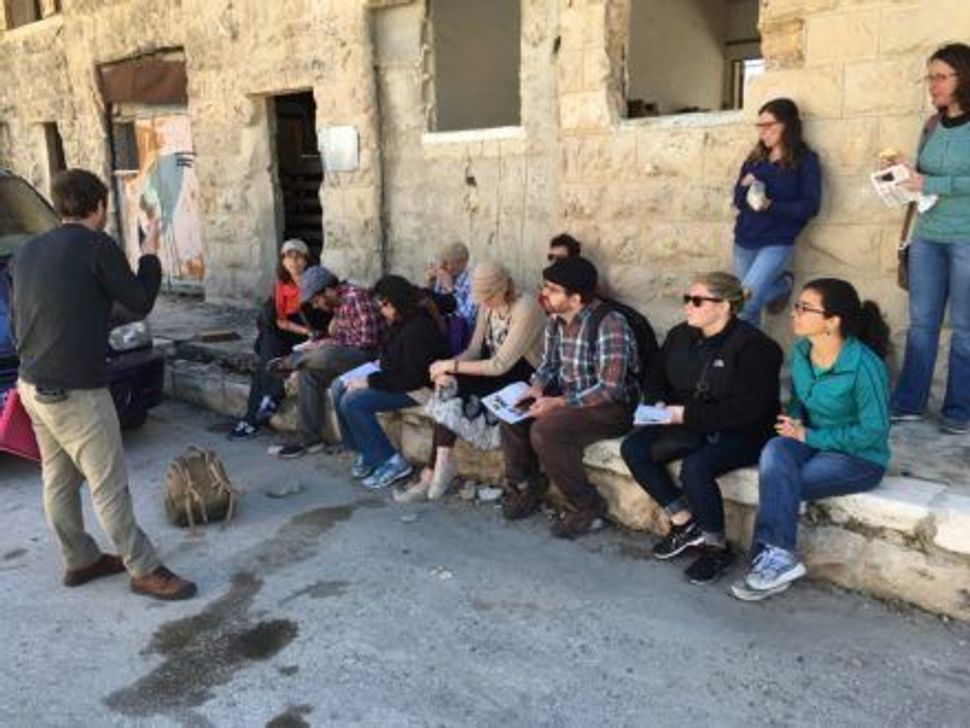 (JTA) — A letter calling on Israel to end the military occupation of the West Bank and lay the groundwork for a Palestinian state was delivered on behalf 1,800 American rabbis and cantors to the Israeli embassy in Washington DC.

The letter addressed to Israeli Prime Minister Benjamin Netanyahu was written on behalf of the members of Truah: The Rabbinic Call for Human Rights, and delivered on Friday, the day 50 years ago that the Six Day War ended.

The letter said that the Truah members  are rabbis and cantors “who hold deep love for the State of Israel, and who believe that the vision of the Hebrew prophets, cited in Israel’s Declaration of Independence, for a homeland committed to peace and justice, represents the most powerful guarantee of Israel’s future.”

The letter continues: “As we approach the fiftieth anniversary of the Six-Day War, we celebrate the extraordinary victory that enabled Israel’s survival, and granted the Jewish people sovereignty over our holiest sites. We also recognize that this victory inaugurated fifty years of occupation that has infringed on the human rights of Palestinian.”

The letter also is scheduled to be delivered to the Israeli consulates in New York and Los Angeles.