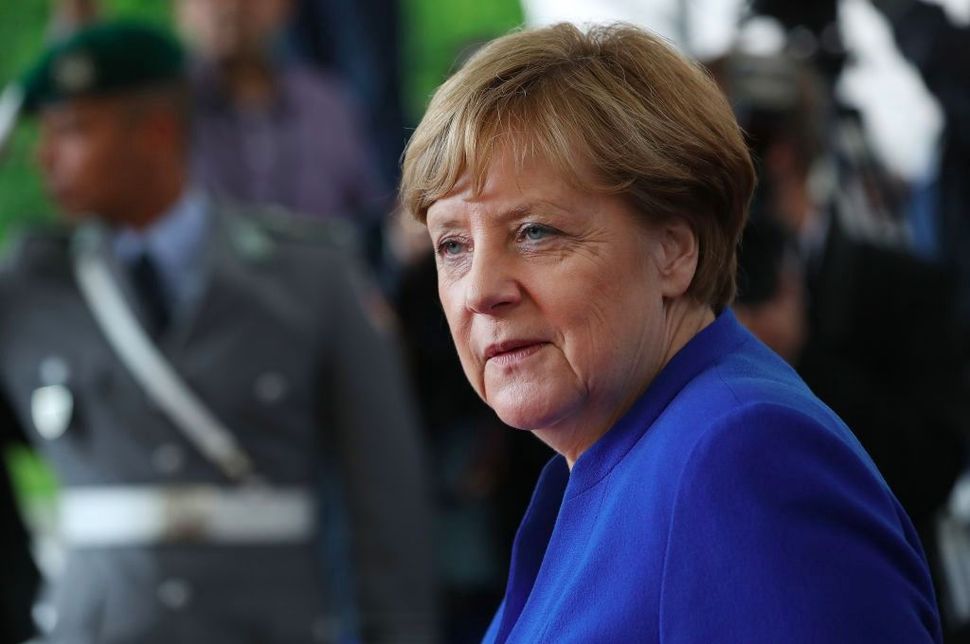 BUENOS AIRES (JTA) — German Chancellor Angela Merkel, speaking at a synagogue in Argentina, said anti-Semitism must be fought “wherever it appears.”

She also praised Argentina for receiving Germans who escaped from the Nazis during World War II.

In the first hours of her one-day official visit to the South American country, Merkel on Thursday visited the oldest congregation in Argentina, the synagogue of the Israeli Congregation of the Argentine Republic, better known as Libertad Temple, in Buenos Aires.

“This synagogue is a symbol of the great Jewish community of Argentina, where many Germans came escaping from the Nazis,” she said. “There was a bridge between Argentina and Germany, and I want to thank you for having welcomed many Germans here in your country.”

Merkel recalled the 1992 attack on the Israeli Embassy in Buenos Aires, which left 29 people dead, and the 1994 AMIA Jewish center bombing that killed 85, as “living and painful” examples of anti-Semitism.

“We must fight anti-Semitism where it is present, and fight for democracy and the rule of law throughout the world,” said Merkel, who also noted that Germany’s past is a reminder of the need to fight against anti-Semitism and for freedom and democracy.

Merkel re-inaugurated the recently restored Walcker pipe organ, built in Germany in 1931 specifically for the synagogue. Germany contributed some $33,000 to the restoration.