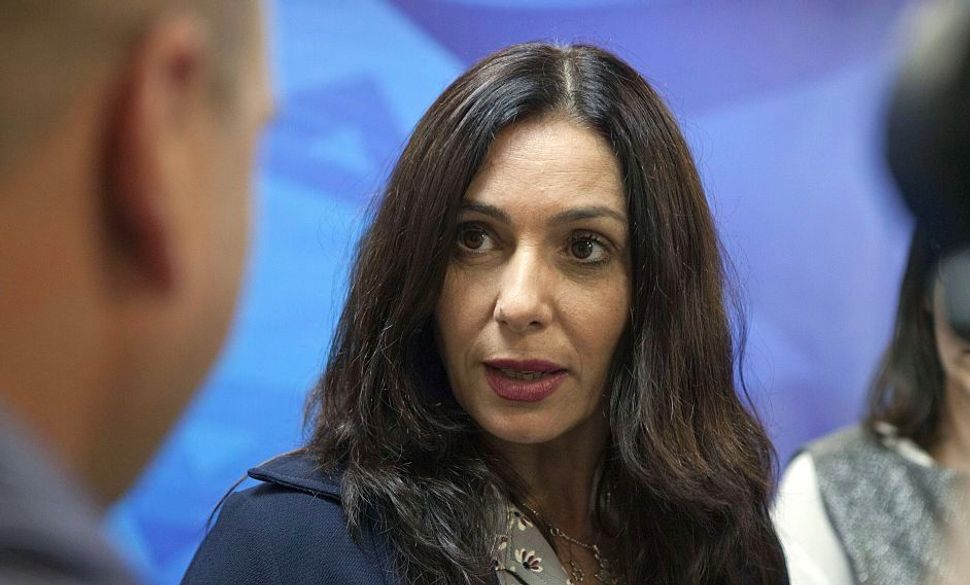 JERUSALEM (JTA) — Miri Regev, Israel’s minister of culture and sports, walked out on an awards ceremony after an artist performed a song based on a work by Palestinian poet Mahmoud Darwish.

Regev walked out of the Association of Composers, Authors and Publishers awards ceremony Monday evening as Arab-Israeli singer Mira Awad, who received an award for promoting Arab creativity within Israeli culture, sang the song.

Darwish, who died in 2008, was a member of the Palestine Liberation Organization.

Regev said before the event that she would not stay in the auditorium for the song. She explained in an address to the audience that Darwish was a “Palestinian poet who hoped… for the death of the Jewish state, who wanted to eat the flesh of the ‘occupier.’ ”

Awad said in a post on Facebook that Regev was mistranslating Darwish’s works and that she would never have performed words written by a Jew hater, the Times of Israel reported.  She called on Regev to “educate yourself” on Darwish’s poetry.  Awad posted the words to the poem, “Think About Others,” in Arabic, Hebrew, English and Spanish.