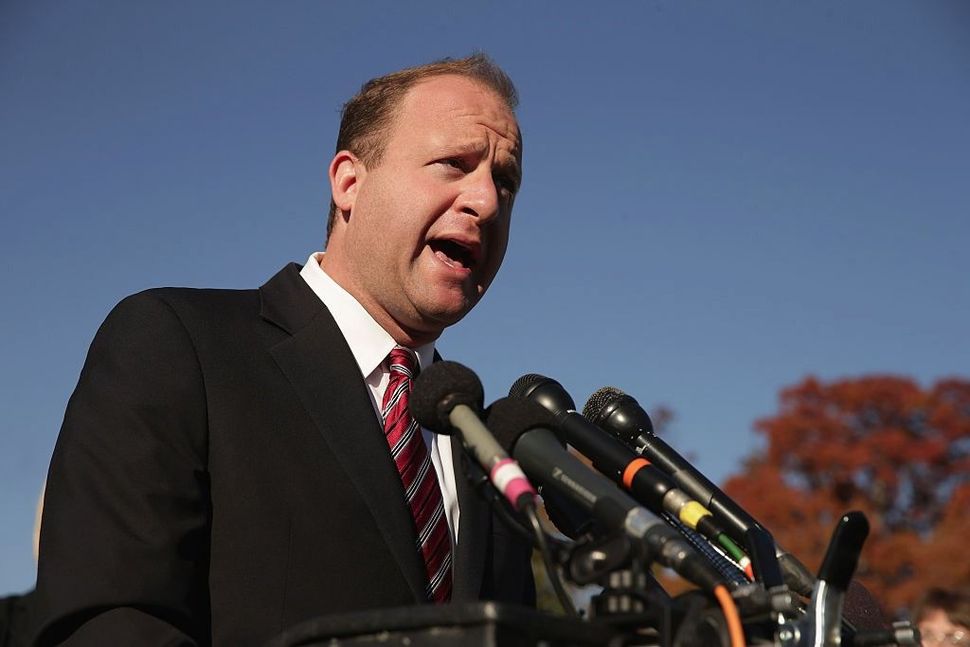 Rep. Jared Polis (D-Colo.) is running for governor in 2018. Image by Getty Images

Five-term Democratic Rep. Jared Polis, the first openly gay person elected to Congress, announced on Sunday that he is running for Governor of Colorado in 2018. Here’s what you need to know about one of Congress’ most notable characters:

He’s an incredibly successful businessman: Polis, one of the wealthiest members of Congress, founded an internet access provide while a student at Princeton — which he entered a year early. He sold the company for $23 million in 1998, then helped sell his family’s online greeting-card company for $780 million in 1999. As Gawker noted in 2009, “People still talk about it as one of the most spectacular cashouts of the dotcom boom.”

He’s a big charter school advocate: Polis has said that the accomplishment that he’s most proud of is having founded a network of charter schools. The New America school network served Hispanic immigrant teens still learning English, and offers childcare reimbursement and night classes to accommodate parents’ schedules. Polis’ first election victory, at age 25, was to serve on the Colorado State Board of Education. He spent $1.2 million to beat his opponent (who spent $10,000) by 90 votes. He continues to be one of Congress’ biggest advocate for charter schools.

He cofounded the House Cannabis Caucus: Polis helped launch the group earlier this year in response to Attorney General Jeff Sessions’ expected crackdown on states that have legalized marijuana. Polis has repeatedly introduced bills that would regulate marijuana like alcohol rather than a controlled substance. He estimated in a 2014 interview that “probably five percent of Congress” smokes marijuana.

He’s been criticized for “crimes against fashion”: GQ wrote in 2014 that Polis, who frequently sports turtlenecks or a bowtie, had the “worst Congressional style ever.”

Many of his colleagues really don’t like him: Polis’ ambition and his willingness to buck both the party on issues like fracking has led to some sour grapes: One top Colorado Democrat groused to Politico in 2014 that Polis had “bought every seat he’s ever had,” another complained that he’s “so damn selfish,” and the chairman of the state party explained that while participating in an interview about Polis, “I’ve been told I have to say something nice.”