Survivor Gets Apology From Nazi Sympathizer’s Granddaughter Over Looted Home 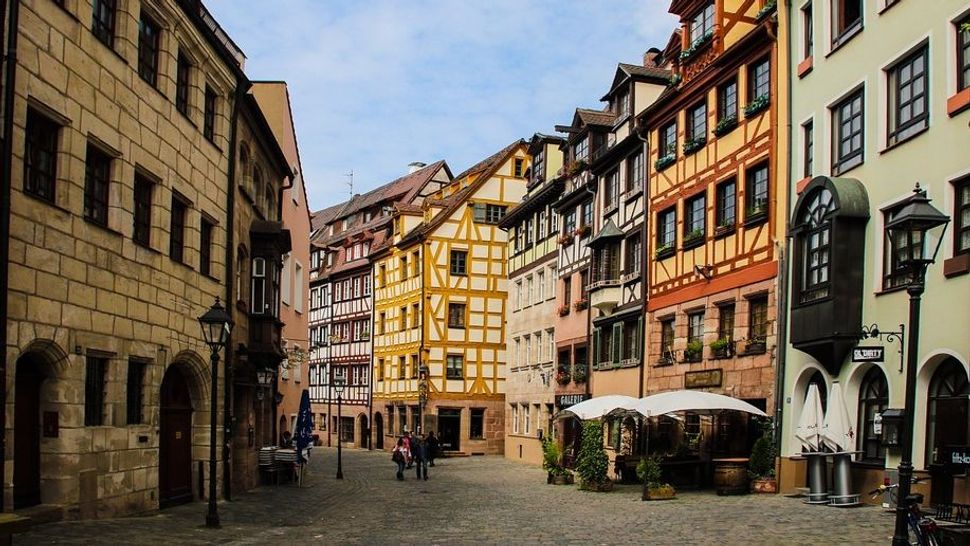 (JTA) — A New Jersey Holocaust survivor has received an unsolicited apology from the granddaughter of Nazi sympathizers who lived in his Nuremberg home after his family was driven out of Germany at the start of the Holocaust.

Doris Schott-Neuse told Peter Hirschmann of Maplewood that she was “deeply ashamed” over what her fellow Germans “did to yourself, your family and to your friends and relatives and to the members of the Nuremberg Jewish community,” according to the New Jersey Jewish News.

Hirschmann, 92, grew up at 15 Eichendorffstrasse in Nuremberg — where in 1935 the Nazis adopted anti-Semitic laws stripping Jews of German citizenship — before being sent with his brother to safety in England as a 14-year-old, according to the newspaper.

Schott-Neuse, 45, who lives in Germany, explained that her mother grew up in Hirschmann’s former home in Nuremberg. According to Schott-Neuse’s research, the three-bedroom house was “Aryanized” along with other property owned by Jews and seized by the Nazi regime without compensation.

In a response, Hirschmann absolved Schott-Neuse of “any responsibility” in what happened to him, his parents and their home.

Survivor Gets Apology From Nazi Sympathizer’s Granddaughter Over Looted Home