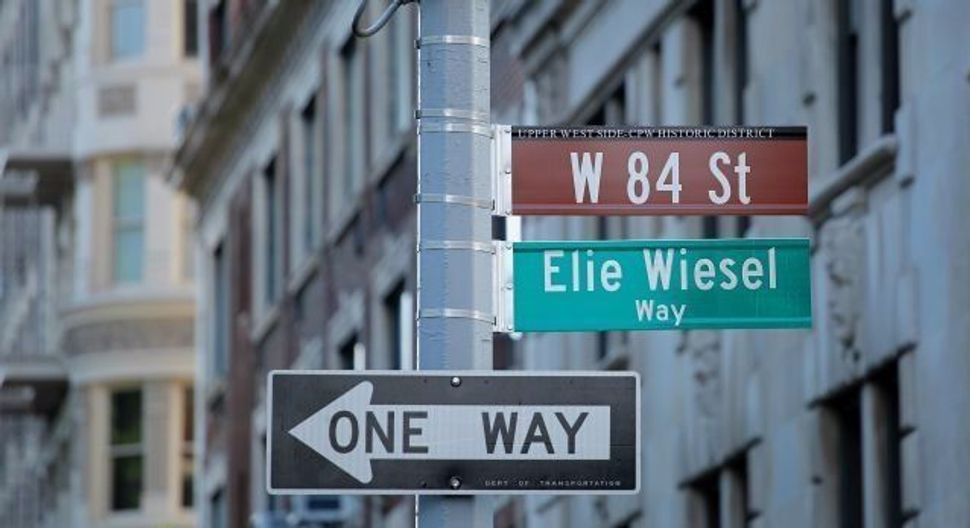 The southwest corner of 84th Street and Central Park West on the Upper West Side was renamed Elie Wiesel Way during a ceremony on Tuesday.

Wiesel was “perhaps the most eloquent voice for peace in our world. New York City is proud to honor his memory,” New York Mayor Bill DeBlasio said during the ceremony.

Wiesel died at his home in Manhattan last summer at the age of 87.