Ivanka And Jared Golf On Shabbat. But Is It Kosher? 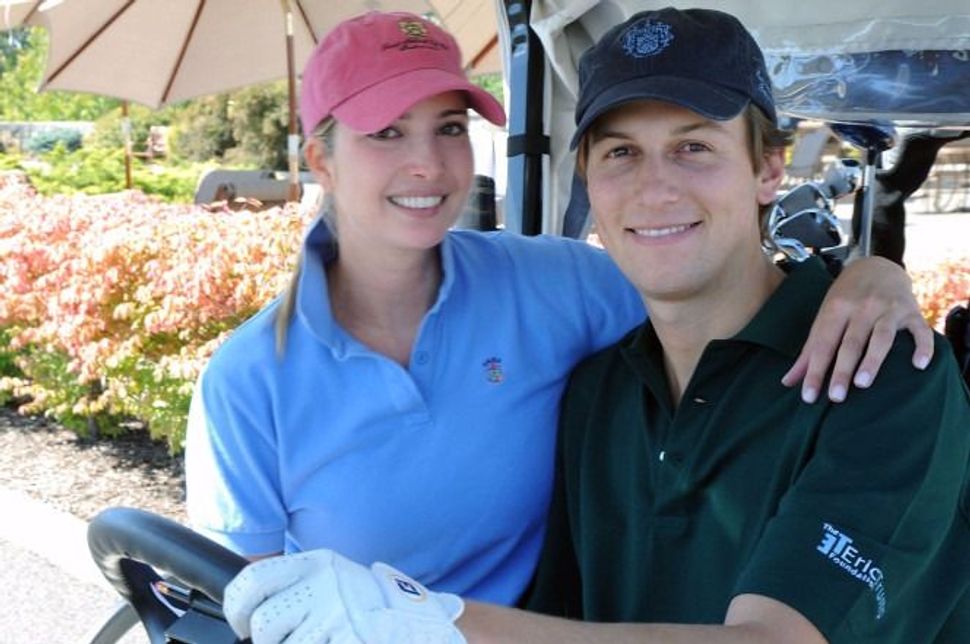 President Trump owns some of the world’s most famous golf courses – so it’s no surprise that first daughter Ivanka Trump and husband Jared Kushner like to hit the green every now and then. But are the two violating the Sabbath by putting on Saturdays?

According to the New York Post, the couple tries to conform its Saturday games to Jewish law, by shunning golf carts and waiting until the next day to tip their caddies. But the practice still not be in keeping with Shabbat restrictions on certain forms of prohibited labor.

Conservative Judaism’s Rabbinical Assembly cautions Jews against golfing on the Jewish Sabbath, noting that golf clubs and balls can bore holes into the ground while being used, constituting a form of digging, which is forbidden work on Saturdays.

Kushner and Trump are both Orthodox Jews – and their Sabbath observance has come under scrutiny since President Trump’s election. The two have received special rabbinical dispensations to travel in a car during the presidential inauguration, which occurred on Saturday, and travel to Saudi Arabia on a plane during another Saturday.

Ivanka And Jared Golf On Shabbat. But Is It Kosher?