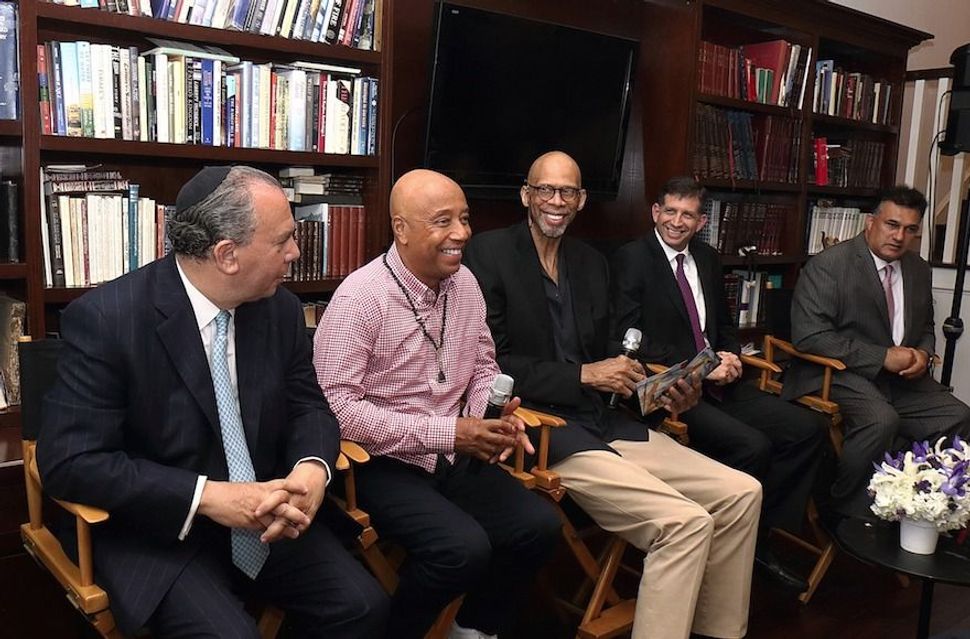 (JTA) — Basketball Hall of Famer Kareem Abdul-Jabbar and hip-hop mogul Russell Simmons were among the guests at an event at the Israeli Consulate in Los Angeles marking the Muslim holy month of Ramadan.

Consul General Sam Grundwerg hosted the event on Thursday, which was organized with the Foundation for Ethnic Understanding at the consulate’s new headquarters.

Simmons, who chairs the foundation, led a discussion with Abdul-Jabbar and Muslim community activist Mahomed Akbar Khan about the importance of Muslim-Jewish relations and cross-cultural exchanges, according to a news release.

“In our practice of serving God, there is no more essential service that we can provide than teaching people to connect and see themselves in each other,” said Simmons, according to the release.

Also taking part were Rabbi Marc Schneier, president of the Foundation for Ethnic Understanding, and Los Angeles City Councilman Paul Koretz, as well as leaders in the Muslim and Jewish communities.

“This Iftar reception is a great opportunity to celebrate our common faith and common fate,” Schneier said, noting the meal that follows the daylong fast on each day of the monthlong Ramadan observance.