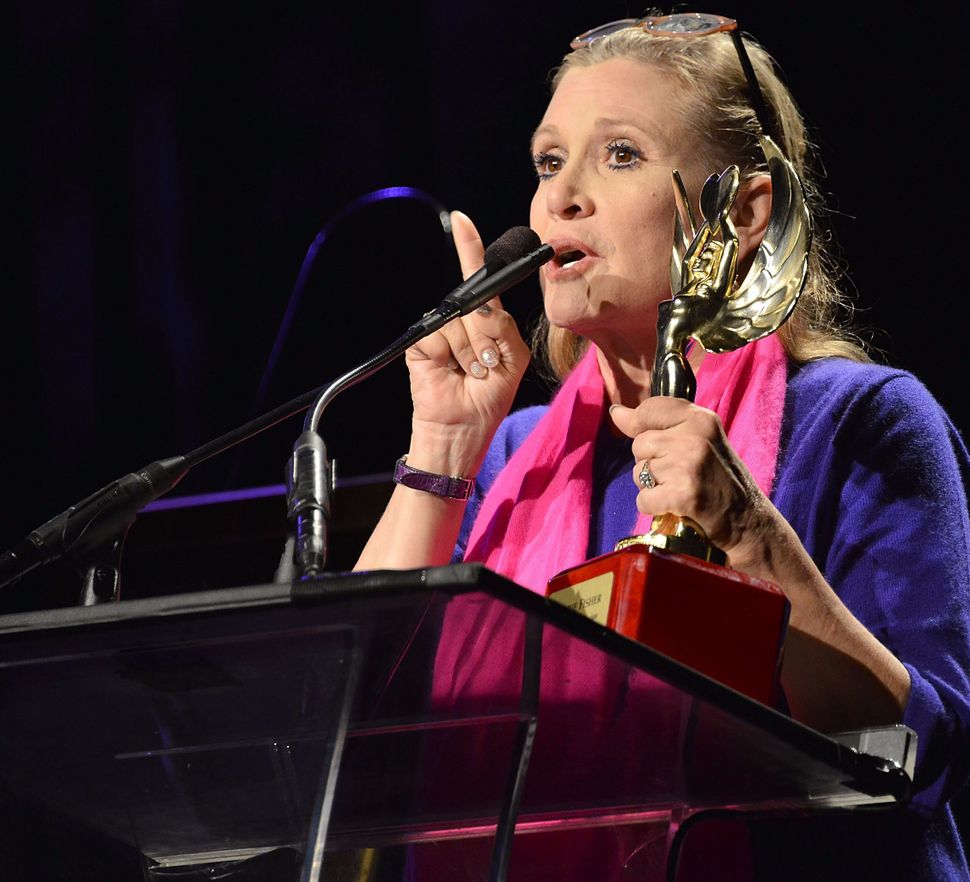 The death last year of actor Carrie Fisher, best known for her role as Princess Leia in the “Star Wars” franchise, was due to sleep apnea and other causes, the Los Angeles County Coroner’s Office said.

Fisher died aged 60 on Dec. 27, four days after she became unresponsive on a flight from London to Los Angeles and was rushed to a hospital.

Fisher was a mental health advocate who spoke about her struggles with bipolar disorder and cocaine addiction. Aside from her film work, she was also popular as a writer and humorist and her memoir “The Princess Diarist” was released a few weeks before she died.

The Los Angeles County Coroner’s Office conducted an examination of her body on Dec. 30 and has since found she died of sleep apnea and “other undetermined factors,” the coroner’s statement said.

Fisher also had atherosclerotic heart disease and had used drugs, the statement said, but noted the significance of these factors in relation to her demise had not been ascertained.

The day after Carrie Fisher died, her mother Debbie Reynolds, who starred in Hollywood musicals such as “Singin’ in the Rain,” suffered a stroke and died, aged 84.—Reuters