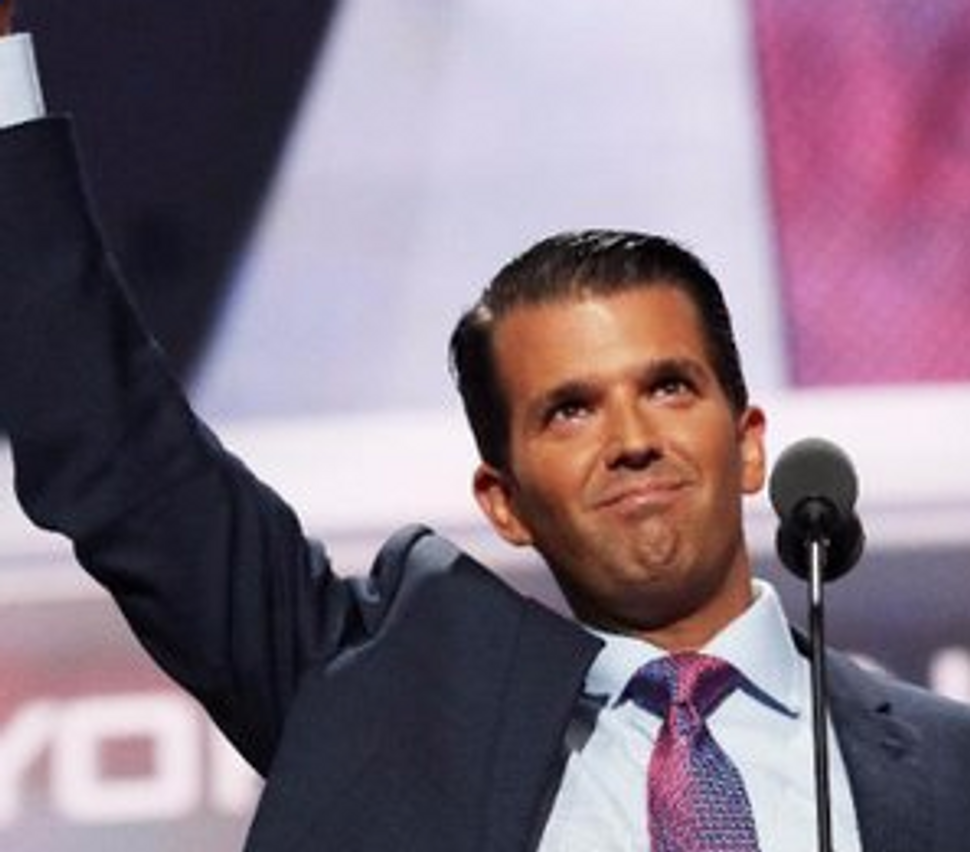 Donald Trump Jr. led a Twitter campaign to push the BBC to change a headline on a story about a weekend terror attack in Israel, blasting the venerable news organization for what he and other Israel advocates said was bias.

So nice of @BBC to take down their ridiculous tweet from this morn. If they didn’t flagrantly mislead they wouldn’t have to be called out. pic.twitter.com/hGvy3ZuiYb

Need a new term for this nonsense. Sort of the opposite of victim blaming. How about Culprit Coddling? Maybe Criminal Cozying? Thoughts??? https://t.co/EWZPHiRemU

After the Friday night terror attack, which claimed the lives of an Israeli policewoman and those of the three Palestinian assailants, the BBC headlined a story: “Three Palestinians killed after deadly stabbing in Jerusalem.”

The headline was slammed by political actors in both Israel and the United States as misleading and unfair – implying that the Palestinian attackers were victims, rather than perpetrators.

The BBC later apologized, deleted a tweet in which had promoted the story and wrote a new one that was seen as more accurate.