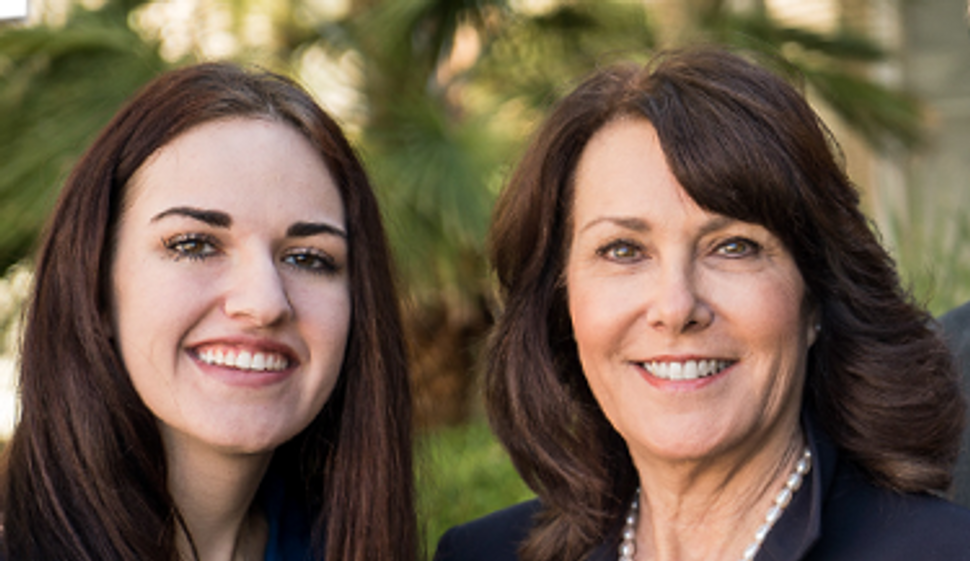 Image by Jacky Rosen for Congress

Politico reported on Monday that Rosen, a software developer whose only elective experience prior to her successful congressional run last year was as president of Ner Tamid, a Reform synagogue in Las Vegas’ suburbs, was favored by Harry Reid as the likeliest challenger to unseat Sen. Dean Heller, R-Nev.

Reid, a former U.S. senator from Nevada who retired last year as the party leader in the Senate, remains a powerhouse in Nevada politics, and still has a say in whom the party advances.

In its report, Politico said Reid favored Rosen because she is a fresh face, making it harder for Heller and Republicans to attack her.

Nevada is considered one of the few likely Senate pickups for Democrats in 2018. Heller is the only Republican incumbent whose state voted for Hillary Clinton in the presidential election in November.