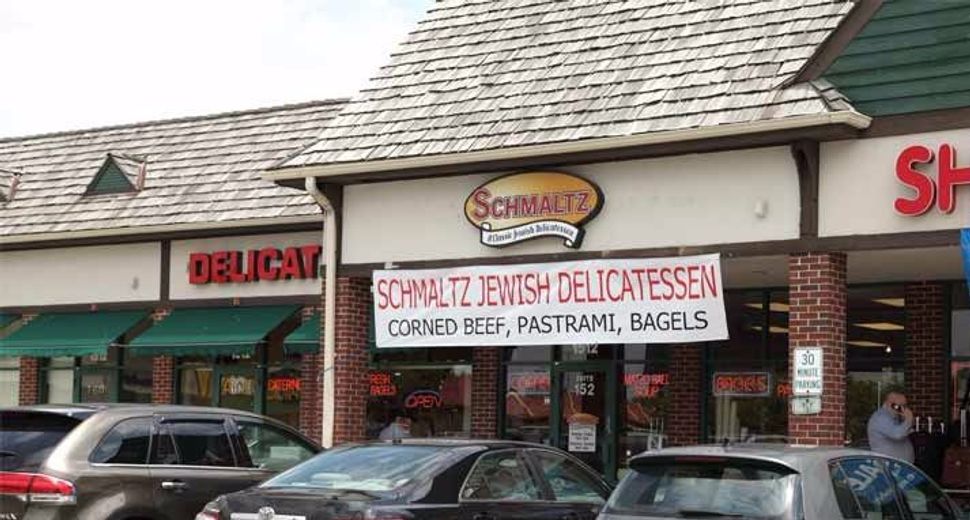 (JTA) — A popular Jewish deli in a Chicago suburb was vandalized in what is being investigated as a hate crime.

The message “Free Gaza” was spray painted on the sidewalk outside of the Shmaltz Deli in Naperville, Illinois on Sunday.

Because the message targeted a Jewish restaurant, Naperville Police are investigating the incident as a hate crime, according to reports. The police are reviewing video from the deli’s security cameras and other camera in the area.

“The reason they left it there, obviously painted it there, is because it is a Jewish deli,” Naperville Police Commander Lou Cammiso told the local CBS affiliate, CBS 2. “It’s not threatening. It’s a political statement, I guess, but because they’re Jewish that qualifies.”

Deli owner Howard Bender said it took him about two hours to get rid of the graffiti. He reportedly hung a sign above where the words were spray painted. The sign reads: “Hate Has No Home Here.”

“It’s not about what they painted, it really is about the fact that somebody targeted an American Jewish business in Naperville, Illinois and it was purely intended to be anti-Semitic,” Bender told Naperville Community Television.