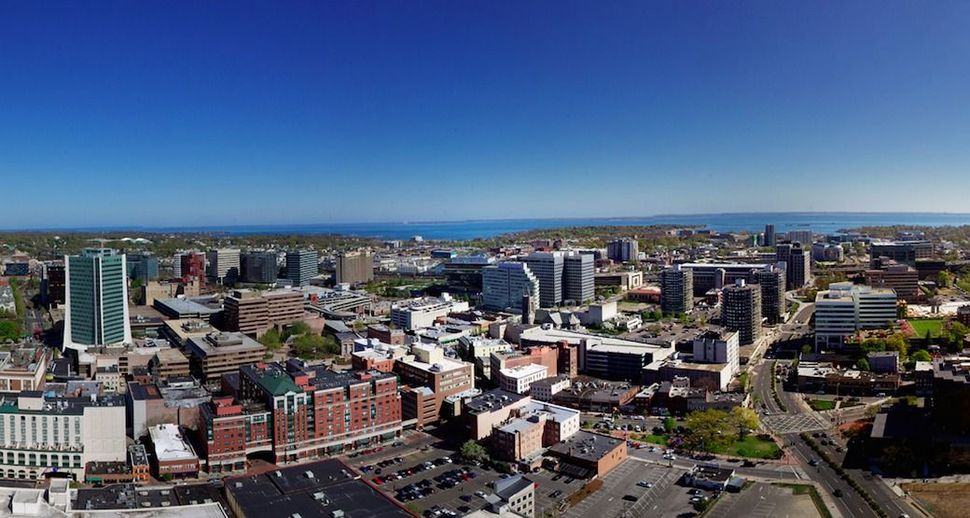 (JTA) — A Star of David and a swastika were smeared in feces on the window of a television station in Stamford, Connecticut.

Stamford Jewish leaders on Monday in the hours following the incident called for more security in the city.

Workers at the Rich Forum Media Center called police on Monday morning to inform them of the incident, the Stamford Advocate reported. By the time police arrived at the building, the symbols had been washed off.

Employees gave police a picture of the symbols drawn on the glass panel near the entrance of the building, where “The Jerry Springer Show,” “The Steve Wilkos Show” and the “Maury” show featuring Maury Povich are taped. Police told the Advocate that they have surveillance footage of the area from the time of the incident that could help identify the suspect.

A cup filled with feces and a latex glove were found around the corner from the building,

“This is a reminder to the Jewish community that we need to ensure our security and safety,” Lauren Steinberg, director of the Jewish Federation of Greater Stamford, told the Advocate.