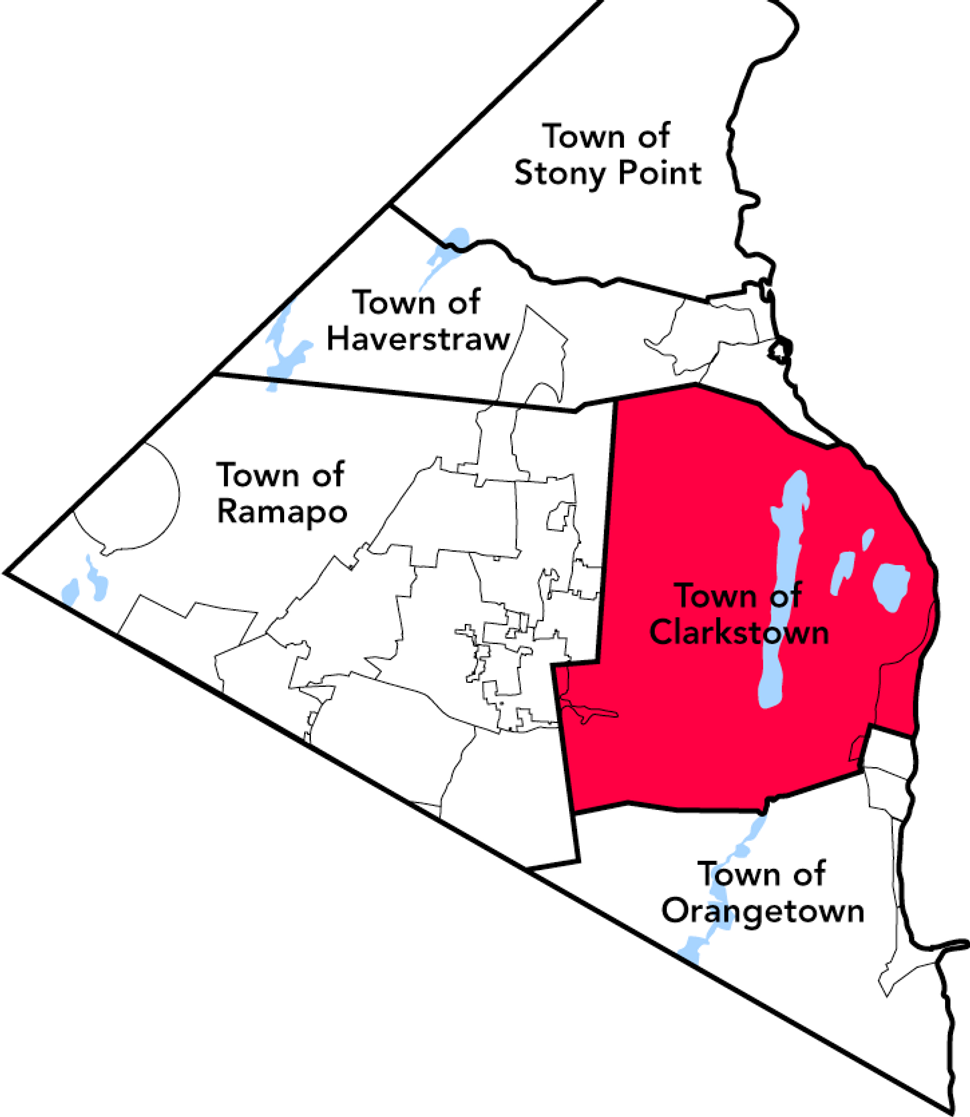 (JTA) — Swastikas and the word “hate” were spray-painted on a suburban New York home newly sold by a Jewish-owned real estate agency.

The vandalism was discovered Saturday in Clarkstown, a Rockland County town about 30 miles from New York City.

Late last month,  the words “No Jews” were spray painted from floor to ceiling on the walls of a home for sale in another town in Rockland County. An Orthodox Jewish couple had been interested in buying the house.

The Anti-Defamation League on Tuesday condemned the new vandalism and said it has reached out to Clarkstown Police Department to offer resources and assistance.

“We continue to witness hateful and anti-Semitic vandalism targeting the Jewish community in Rockland County. Enough is enough,” said Evan Bernstein, ADL’s New York Regional director, in a statement issued by the ADL.

“Words matter,” Day said Monday in a statement. “Acts of hate matter. Actions matter. We vow to work with law enforcement to bring these criminals to justice. And we will work with our Commission on Human Rights to show that hate has no place in Rockland County.”