Did Ivanka Try To Duck Hug With Marco Rubio? They Say No But Instagram Says Maybe. 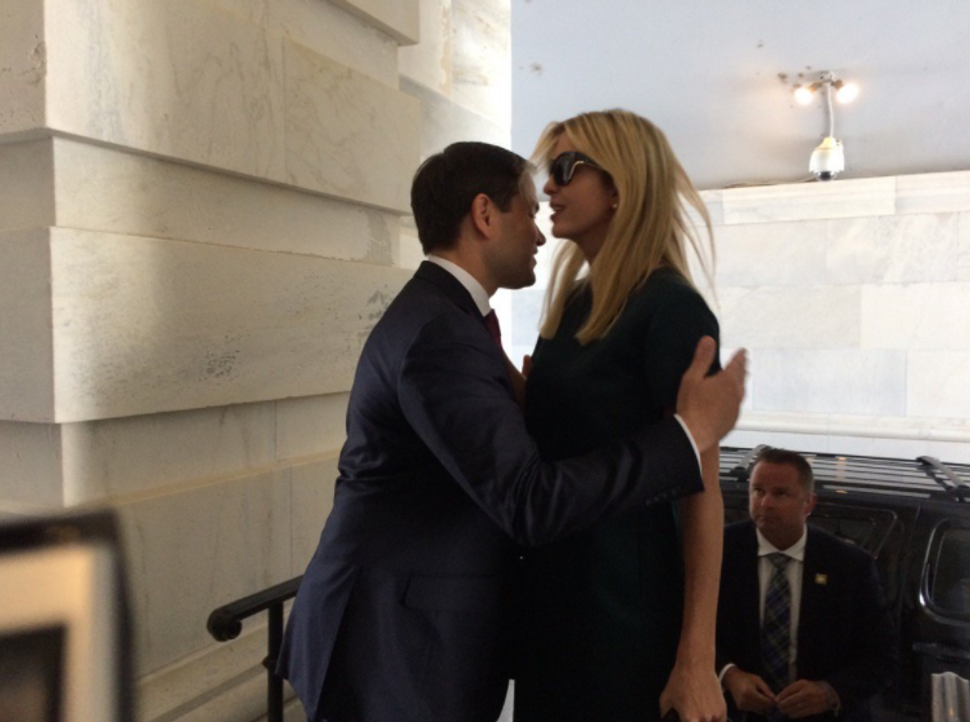 But social media was fixated on “hug-gate” after images surfaced of what looked like an awkward encounter between Sen. Marco Rubio and Ivanka Trump.

Rubio, for his part, took the jokes in stride, and jumped in to correct the record, even providing what he says is exonerating evidence.

We believe we have our own unclassified photographic evidence that will shed greater details on this incident.

The president’s daughter got in on the fun as well, defending the Senator in the process.

Anonymous sources say @marcorubio planned the alleged failed hug. I have no comment (but I would have hugged him anyway! ?) https://t.co/TChrqWsL4D

Did Ivanka Try To Duck Hug With Marco Rubio? They Say No But Instagram Says Maybe.