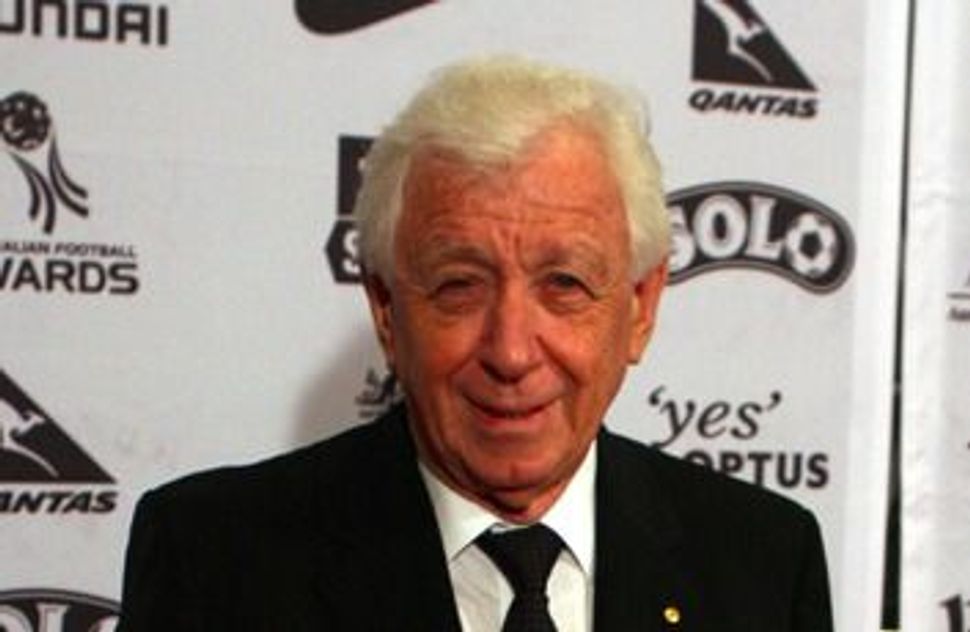 SYDNEY (JTA) — Frank Lowy, a Holocaust survivor who fought in Israel’s War of Independence and went on to become a billionaire shopping magnate in Australia, was knighted in the United Kingdom as part of the Queen’s Birthday Honors.

Lowy’s knighthood was announced Friday night. He is chairman of the Westfield Corp., a global shopping center company he co-founded in 1960, as well as a philanthropist.

A Slovakia native, Lowy settled in Australia in 1952 after evading the Nazis in Budapest and fighting in Israel’s 1948 war for independence.

“Frank Lowy is recommended for his contribution to the UK economy through the company he founded, Westfield, and its major investments in the UK,” his knighthood citation says.

Lowy said the genesis of his regard for the UK was listening to the BBC World Service as a young boy in war-torn Eastern Europe. He recalled that as a child he would huddle around a radio in a bunker, listening to the chimes of Big Ben in London introduce the latest war news.

“It always gave us hope that help was on the way, and that the war would end in our favor,” he said.