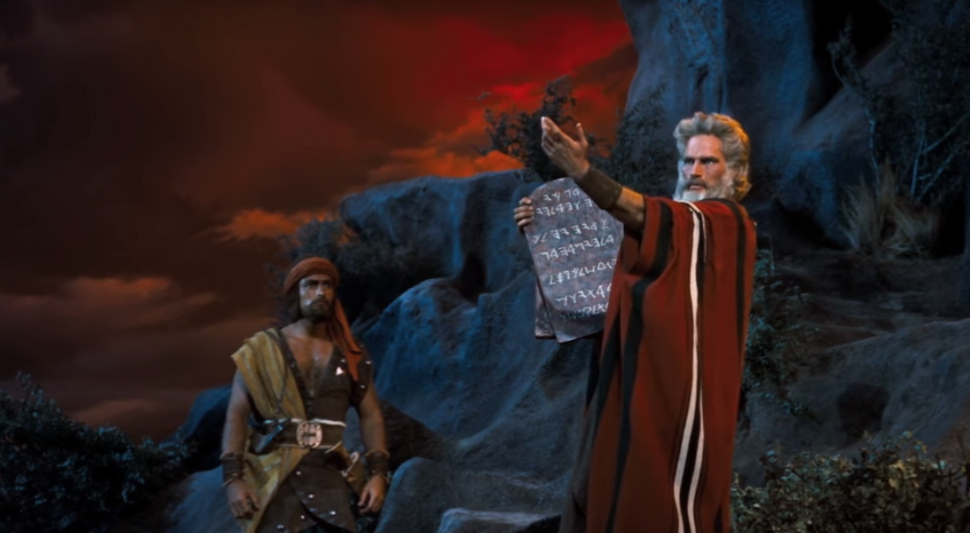 If you’re looking for some light weekend reading, well, the Cambridge Digital Library has got you covered — that is, if you can read ancient Hebrew text. As Open Culture reports, the Library digitized the Nash Papyrus, “a second-century BCE fragment containing the text of the Ten Commandments followed by the Šemaʿ,” back in 2012. The papyrus is named after Egyptologist Dr. Walter Llewllyn Nash who purchased the document in 1902 from an antiques dealer in Cairo. It is, with the exception of the Dead Sea Scrolls, the oldest known biblical text. Though the actual purpose of the Papyrus is unknown, the Library website states that, “it has been suggested that it is, in fact, from a phylactery (tefillin, used in daily prayer).”

The Library website’s description of the document’s condition – “Holes; torn; barely legible. Four separate pieces fixed together” – is precisely what makes this digitization so important. The Papyrus, like so many other artifacts of this nature, is incredibly fragile and given to decay. The extremely high resolution upload preserves the artifact in legible (to experts, at least), navigable, accessible form. Scholars from around the world can now access an invaluable artifact for research purposes without risking damage.

In addition to the Papyrus, The Cambridge Digital Library, an incredible online resource, contains works like Isaac Newton’s “Philosophiæ naturalis principia mathematica,” Shakespeare’s First Folio, and volumes from Montaigne’s personal library. The Nash Papyrus can be seen here, and the rest of the library can be accessed here.