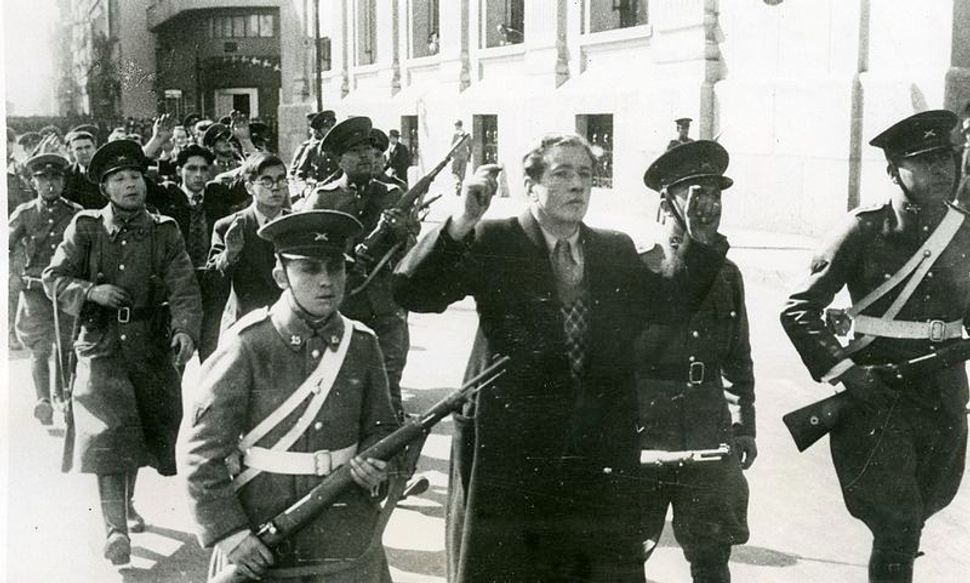 Chile police made public on Thursday archive documents relating to its investigation during World War II that uncovered how Nazi supporters in the country aided the Third Reich, including supplying information and plans to bomb mines.

Young members of families of German descent in southern Chile underwent paramilitary training, while Nazi supporters in the country routinely sent Germany information about the routes of Allied merchant vessels, the documents showed.

The discovery comes the same week that a cache of Nazi artifacts was found hidden behind a bookcase in Buenos Aires, the Argentine capital.

There was significant support within Chile and Argentina of the Axis powers during World War II. After the war, many leading Nazi officials fled justice in Europe to hide out in South America.

Chilean police had arrested around 40 people as a result of their investigation, the documents showed, and found code books, radios and weapons, as well as plans to bomb mines in northern Chile.

“Until yesterday, this was a state secret,” center-left lawmaker Gabriel Silber said after a ceremony to hand over the files. “Maybe, from today, we are going to recognize an uncomfortable truth that unfortunately some political and business figures in Chile supported the Nazis.”