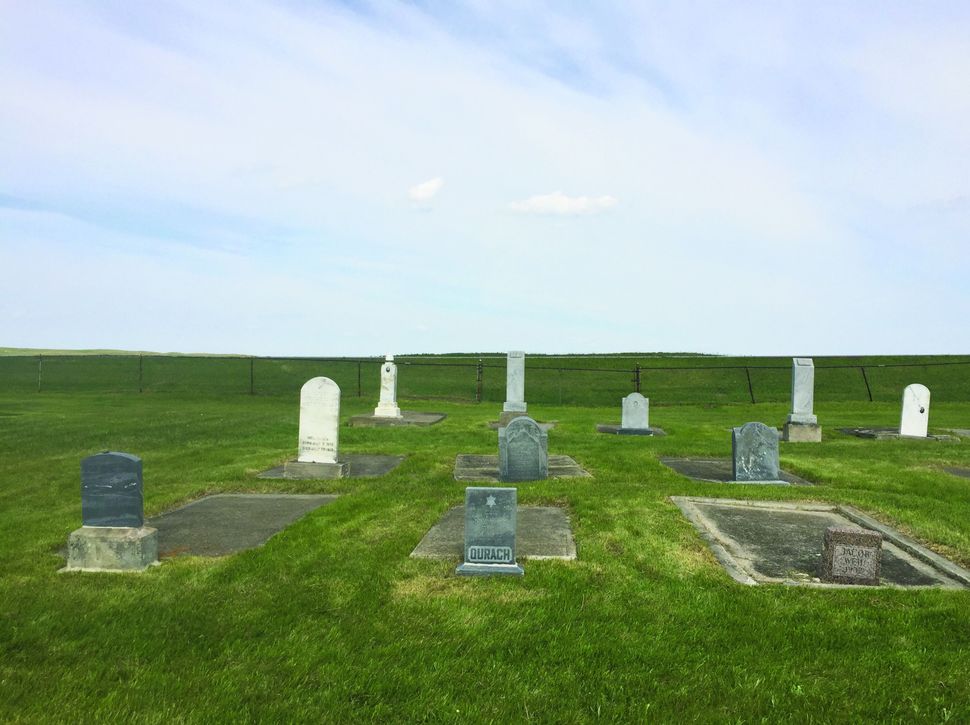 Sons of Jacob cemetery in Garske, in the state’s northeast, served a community of about 100 Jewish homesteaders from Eastern Europe. A group of descendants and locals applied to  the state historical society for the national register; their application was approved by the National Park Service on June 5, the Bismarck Tribune reported Thursday.

“I think it’s about the significance and having something that was almost forgotten to come to the forefront again,” Shirley LaFleur, who wrote the application, told the Tribune. “This is an agricultural region but we don’t usually think about the Jewish settlers as being farmers.”

The Jewish homestead lasted from 1883 to 1925. The cemetery includes 17 graves and 13 markers, and saw its last burial in 1935. Abandoned, the cemetery was rededicated by descendants of the homesteaders in the early 2000s.

The Garske cemetery is one of nine rural Jewish cemeteries in the state, according to the Tribune.